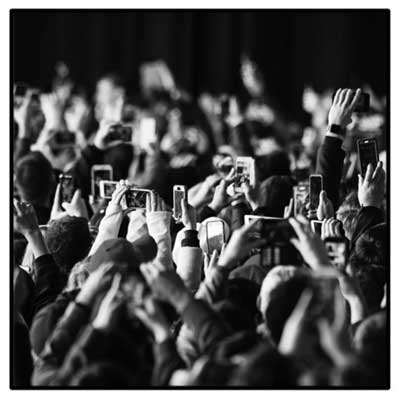 I like the Populist. I might vote for him this time. He tells me what’s wrong, he knows what I fear. Perception is reality; I feel unwell this time, disenchanted. The populist knows this too well. He is telegenic; he talks loud, he talks fast – the politics of fear!

He speaks the truth, not afraid of saying what others do not dare to say; notoriety is his oxygen: someone takes your job, threatens your culture, your security, murders your family; on foreigners: keep them out! on the media: full of lies! on the establishment: corrupt, crooked, idiots! I will lock you up. I will punch you in the face. You are all finished. You will be deported.

Shock- and awe! Come on, just saying! – Not political correct, not grounded on facts? Give me a break, don’t be conservative! The populist only speaks his mind. Identity – understood? He is fighting for you after all! Are you scared of the populist? Well, I am. I am even more scared of the ones who vote for him. “We’re going to have a revolution; take them out of office if that’s what it takes. There’s going to be a lot of bloodshed. But that’s what it’s going to take”. You better agree or these guys are going to get you.

Who cares what the truth is? Let us care whose truths will win. He came to fix things. His strategy of victory is easy, never complicated; so are his words. The populist produces not just the concept, but the words the people want to hear – after all, we do what we are told. He generates a certain anaesthesia, a social pathology.

Tolerance, openness, diversity – no time for this at the moment, on hold for now, we are at a turning point. Better to throw some insults, some outrageous threats; let us nosedive into a political bazaar, set a new low – exciting! Mutual distrust, polarisation, hate, xenophobia; a negative, dark, divisive and dangerous vision – sorry, hard times!

Don’t worry too much what the populist’s politics really are. He is the challenger. He understands they stitched up our democracy, it’s all rigged. We have been pushed to the wall. This is a new phase historically. What you expect him to do? To take back control is not a fun game; heaven is not taken by consensus, it’s taken by assault.

What is left for the liberal? The integrationist? The seeker of friendship and moral value? What about open minds, open borders? At the very least, keep your cool and refrain from irrational passion and contempt. Follow the argument; and your heart. Be well informed and think critically. Look at the metaphysical causes of today’s confusions. Respond accordingly; do not react. There are better ways to change course.