I know Eugene as an actor and he invited us to The Park Theatre to see his first play, The Weatherman which we’ve just heard has received rave review and it absolutely deserves it. It’s just so nice being in that theatre, everything makes you feel great – at the bar and inside. It’s the first time I’ve been, and I was hoping they did a good coffee.

The flyer tells us there are 136,000 slaves in the UK today, I was shocked by the victims of human traffic from slavery to organ harvesting. Eugene worked on the research of the play with Scotland Yard. Economic injustice in the form of Rot$ is the prime cause of human rights abuse, but I had no idea the scale of this. 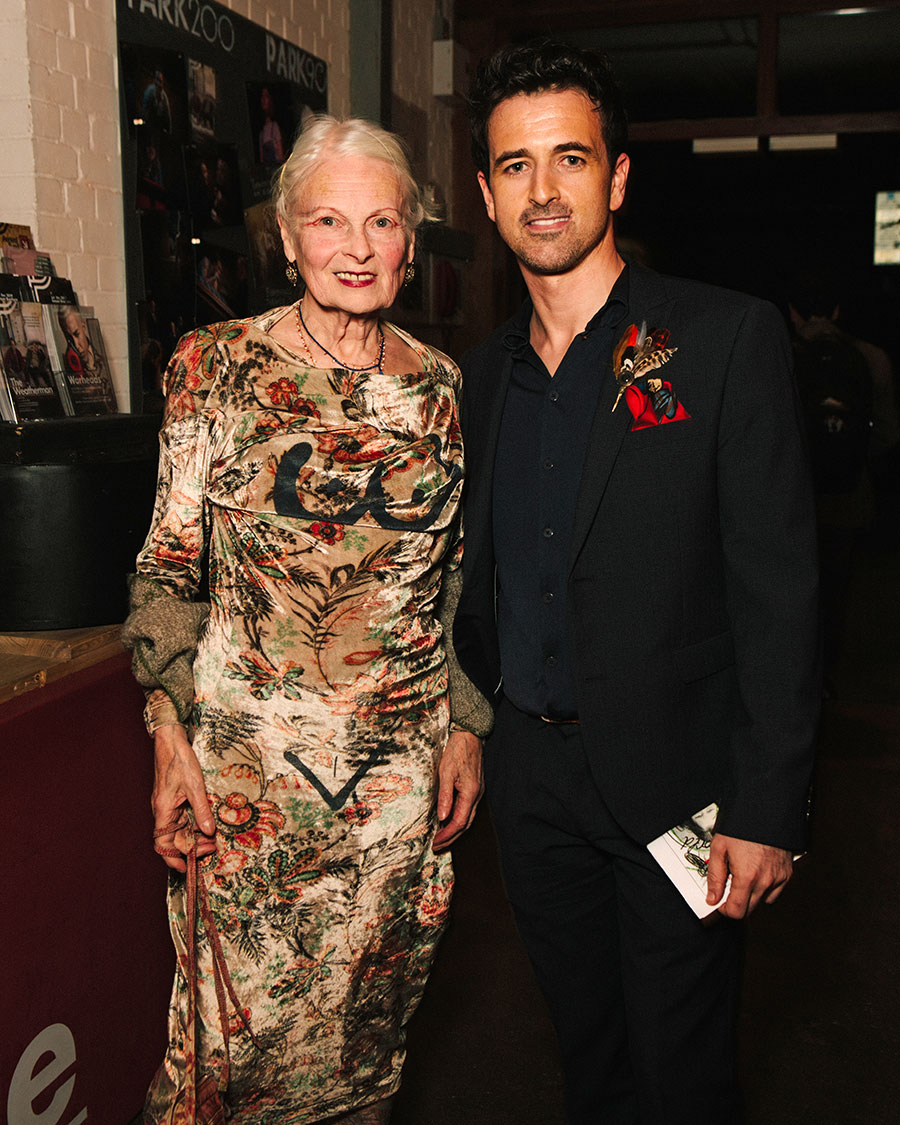 Vivienne and Eugene O’Hare at the opening of his debut play The Weatherman at the Park Theatre. Vivienne says, “Economic injustice in the form of Rot$ is the prime cause of human rights abuse.”

The play is about dialogue, dynamic construction and stock characters who become dynamic movers! Brilliant acting – spot on! You laugh all the time despite the horror.  It begins. Archie a loveable washout, held together by his anger / his flatmate the drunken Weatherman. Then, Archie gets more tormented because he was already in a trap when he agreed to mind a trafficked 12 year old girl. She was brought into the flat halfway through, she was silent. This means every thought, word and act is focused on her and at the end she’s the only one we care for.

The Weatherman by Eugene O’Hare