Our evening walk over the common took us to my old flat on the other side because I wanted a chat with my son Ben who lives there with Tomoka his wife, and Bamboo his 4-year-old son. I stayed meters apart in the communal hall and chatted to Ben and Tomoka at the door. I wanted to make sure he was reading the website and I ask you all to please, not only watch the Friday speech and read the diary, but look at my archive of articles because I want to take you with me on this journey to find the solution for a new economy called No Man’s Land.

Ben gave me a book of stamps and told me, you don’t have to go to the post office, you can get them from any food shop that sells tobacco and newspapers. I asked him if he’s doing any home yoga – we used to go to the same local yoga class – and if he’s given up smoking yet. I said, I’m tired about talking about capitalism it’s killing us, is there another way to say it? His reply was “well of course, it’s about capitalism it’s about the immune system and degrading the environment. If you’re going to chop down the rainforest and poison the ocean, then you’re going to destroy our food, our air and our water, and that is going to destroy our immune system. By destroying biodiversity we all know that a virus will migrate, jump to another species – they’re going to last longer than we are. If we’re going to eat all this crap food, that’s another thing and what’s more, we’re just on a treadmill producing crap we don’t need anyway including war. We’re all on a treadmill working for nothing, because the whole economy is about waste and debt.”

There’d be no point in talking about capitalism if I didn’t have a solution and an answer of how to stop it. The official propaganda of the establishment is all about capitalism, and how we can fix everything by messing about with it, but we can’t because it’s based on an unfair distribution of wealth and I made the point that capitalism causes poverty and poverty means that people don’t have control over their own lives, and this is why we have population explosion.

Anyway, two things, first: coronavirus has changed the narrative and people are saying capitalism has to go. Politicians won’t listen to me, and the financial gurus won’t listen to me, but I can affect the narrative and they will listen to the narrative. Second, I’m only going to talk about the solution from now on. Ben said, “you said that in your second speech, you talked about ‘we have to go back to a time when we didn’t have all this useless industry’.” I said, ‘no I didn’t.’ “But you said that in your second speech, when you talked about the alchemist, you suggested we need to go back. Otherwise the future is robots.” I was so delighted when he said this because I knew I was getting my message across to people. Not that I was actually suggesting that we could go back to the alchemists, but that we should rid ourselves of the idea of progress – that things always automatically get better when we can see that they’re getting worse.

The solution is No Man’s Land, and I want to get it together working with the NGO’s. We’ve sent the manifesto to them, John Sauven of Greenpeace and Matthew Owen of Cool Earth got back to me and they’re up for it, and all the others I know they’ll want to join, but I need to find a way to start it and everything changes everyday because of corona. We absolutely have to work with government. We would assemble the NGO’s in a forum and call a press conference – and we will sell my playing cards. But for now, lockdown has put that in suspension, but in my last speech I was delighted because I might have found a way to do it. 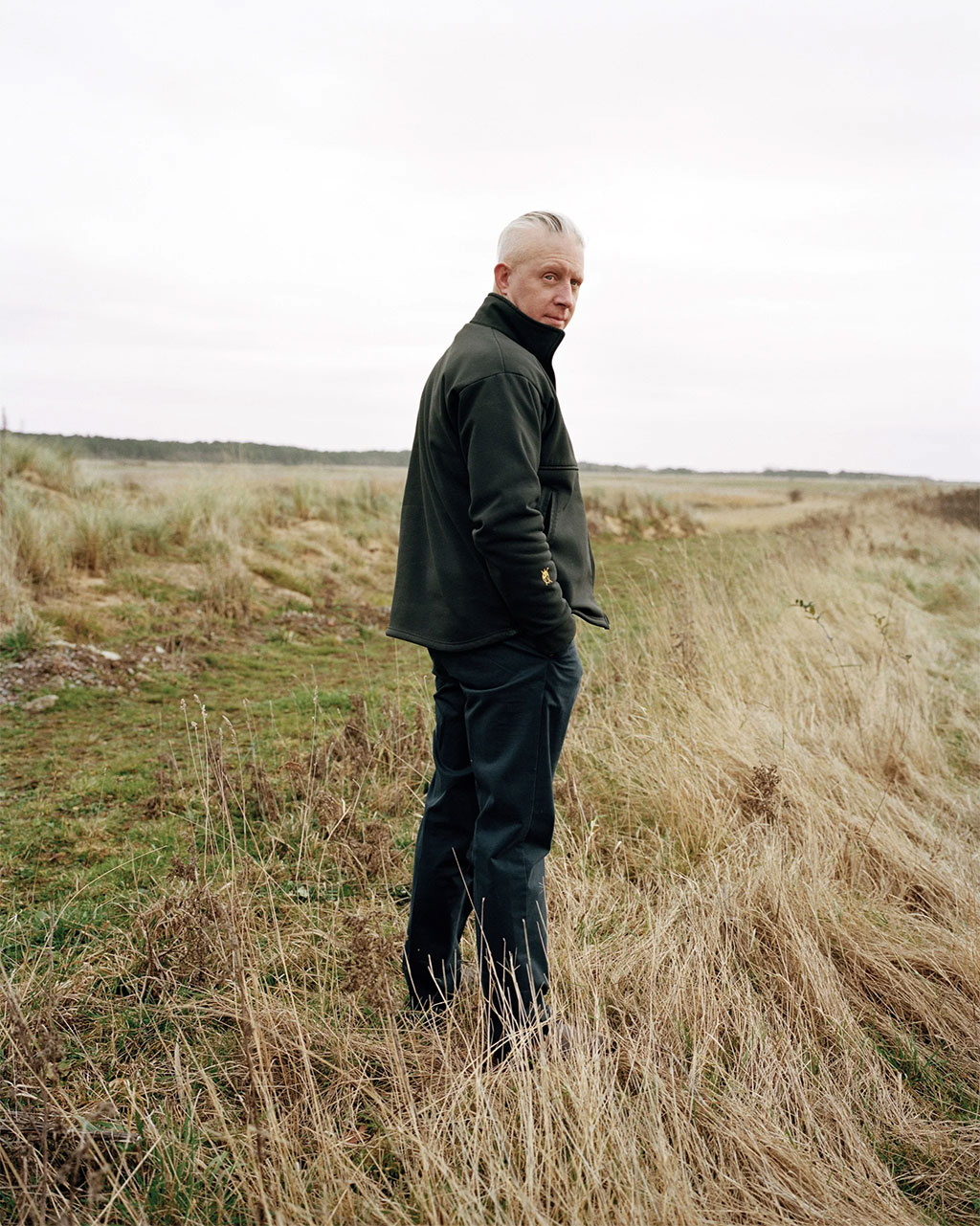 Between 1990 and 2010, the area of crops treated with pesticides in the U.K. increased by fifty per cent. The environmental damage has only recently been understood.Photograph by Siân Davey for The New Yorker

I read an article about Jake Fiennes and the results he’s having from nature-care farming, Farms not Factories, so I want him to join the forum. The government already have a department called the Nature Capital Committee run by Dieter Helm. The first thing I want to do is contact them.

I talked to my son Joe – he’s at his farm house in Cornwall – and he is working with a local farmer to rewild the area which will include the need of animals, for example, an article I read about rewilding talked about the impact that a few cattle and some wild boar had on building the eco system e.g there was something really rare, I can’t remember what, that lived only in the little pools caused by the footprints of the cattle.

Joe told me about a traumatic experience that he’d had whilst there in Cornwall. The local authorities have wild ponies, because if you don’t you wouldn’t have heather, they eat the heather and that keeps it continuing to grow. A foal had fallen down a sheer cliff onto the beach, and he got down the cliff, put the foal on his back and carried it back up. I asked him and he thought it was only about 9 stone, but, “It was wriggling all the time and so thirsty it was licking the sweat of my back. I now have a bad back. Its legs were all smashed and it had to be put down – really upset! But  it’s better than having the crows peck his eyes out, they were all wheeling round at the time. I’m putting up a notice to ask people to keep their dogs on a lead because every year it happens, also to the sheep”. (Joe’s got a plan to help Julian Assange. He’s an activist who stopped fracking in England by going through the courts + working with the anti-fracking camp and ‘Nanas’.)

So that’s where I’m up to now, with any luck Dieter Helm is a place to start and turn the manifesto into one big operation by joining forces with all the NGO’s + the Govt. This is what I’ve got to do, and I’ll let you know how we get on – fingers crossed!