is in turmoil. We have a war economy; we don’t have fair distribution of wealth. Let’s start with peace + justice. Human rights: if U don’t have human rights, it’s a vicious circle. Save Assange – Give peace a chance.
On stage with me, protestors, bags over their heads. Witness the 18th century portrait of the corrupt judge – nightcap pulled over his face: deaf, blind, jaw locked, scales of justice already tipped. Guilty! It’s in the bag. For 10 yrs the govt have been playing football with Julian’s head; gaming the law, moving the goal posts. 1st UK + Sweden, holding him, waiting for America 2 get its act together.

Not yet!1st conspiracy with Chelsea Manning, then treason, none of it sticks. Julian scores a goal ev. time. Next, they want to change it 2 hacking. Totally illegal: U can’t keep changing the goal posts. In America, Trump supports the vigilante. When the last civilian is killed we will have Law + Order. Don’t Extradite Assange. Human Rights. 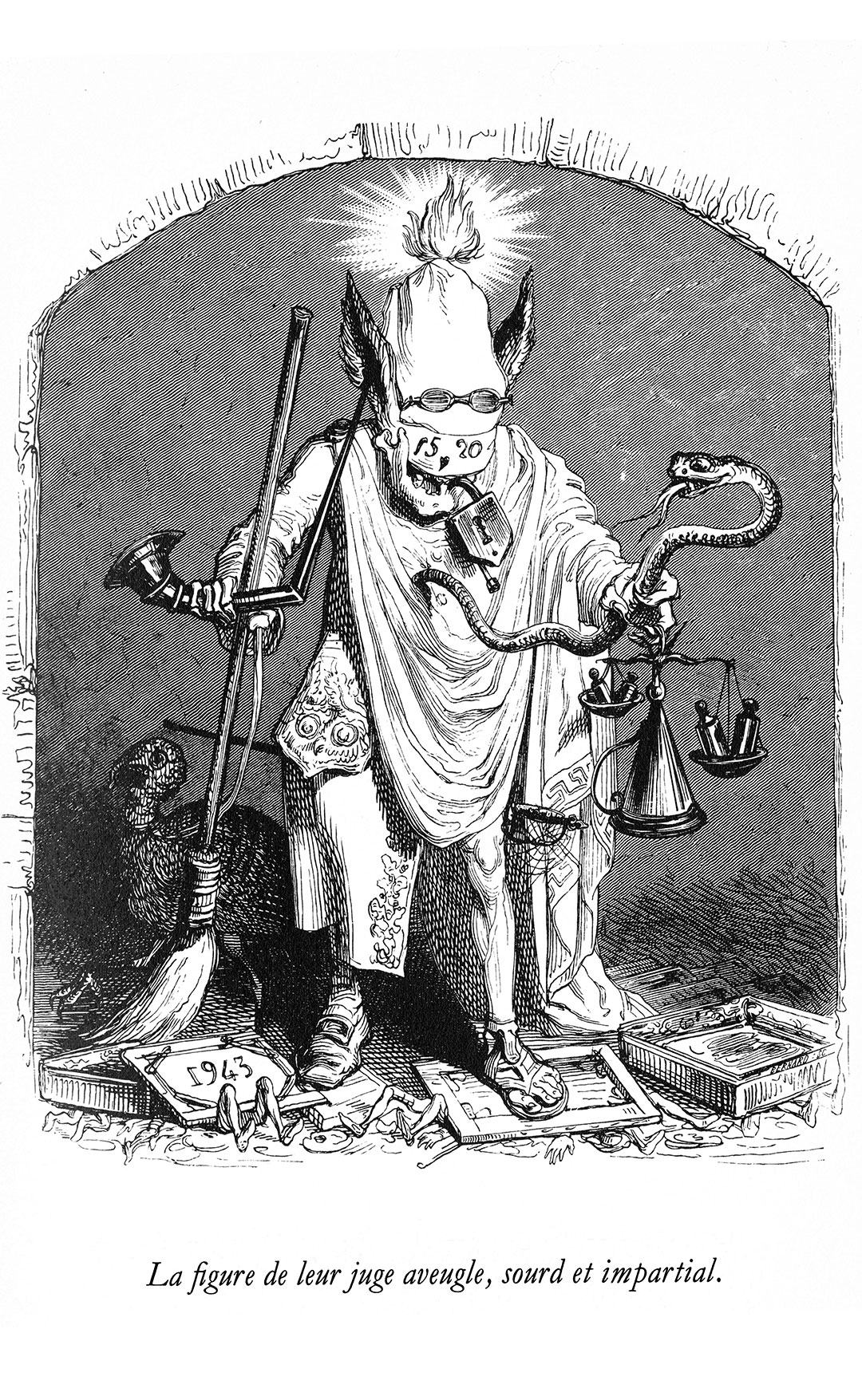 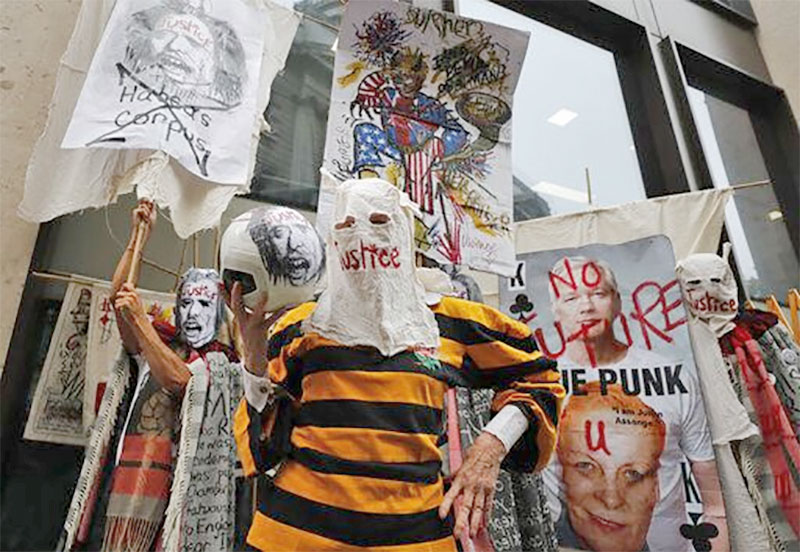