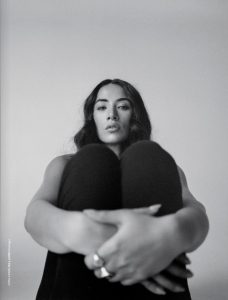 “An article I wrote for Sleek Magazine on a matter that is not being given near enough the amount of attention and action it needs. Our principles must remain consistent or they are not principles at all” – Cora Corré

Western media and Governments racial bias regarding Ukraine and the undermining of humanitarian principles. I struggle to articulate myself without feeling that I may be accused of being insensitive; however, I have continually observed an increase in social injustice, with the fates of displaced people at the mercy of some of the most powerful regimes on earth.

The pain and suffering faced by the people of Ukraine and their loved ones is heart-breaking and unjust. The point I want to make is not intended to undermine this injustice, nor belittle it.

It’s impossible to balance the volume of media coverage and public reaction on the refugee crisis from the Ukrainian war, versus other wars and humanitarian crisis’ that have been ongoing for years, some of them for over a decade.

It gives me hope to see people coming together showing empathy, support and compassion to those who find themselves at the mercy of powers beyond their control. However, I cannot help but observe the racial bias within the West’s coverage of the situation in Ukraine. The harmful narrative perpetuated highlights a differentiation between Europe and other nations. This inequality begs the question: what is the real difference between people fleeing war and persecution in Ukraine to those in Afghanistan?

The distinctive lack of coverage and public empathy for wars in non-European countries perpetuates the idea that these lives are not worthy of protection. Is war in non-European countries unsurprising to us because of the colonial institutionalised racism that is so engrained throughout the collective historical narrative? Is this why people then deem it to be of less importance? And, does this mean that again, white lives over black and brown hold more value due to assumptions that those same who have been tormented for centuries are pre-disposed to violence? Or, perhaps we are averse to recognising our complicity in arming regimes directly abusing human rights and causing these same humanitarian crises?

The world is now facing a record number of people displaced by war. We expect to see the number of refugees in need increase dramatically over the coming years. If we care about humanity, this exponential rise needs to be matched with services, media coverage and empathy. Instead we have biased media coverage and a crippled unfair system in the UK, the place I call home.
In the UK, a bill was passed in Government just last week that criminalises those seeking asylum here. It creates two tiers of refugees, a clear and horrific segregation of those desperate people that need our help most. They will now face up to four years in prison, or could be transferred to Rwanda, a country notorious for human rights abuses. These inhumane policies in the UK will devastate the lives of those who have already endured unimaginable suffering. There is a reason why people take these perilous journeys. Governments rightly praise the public support for those fleeing war in Ukraine, yet for children facings bombs in Yemen, or Uyghurs fleeing genocide in China, there are no safe and legal routes for escape, nor a fraction of empathy shown.

People who make it to the UK face a system in which they are not allowed to work and, instead, are expected to live on as little as five pounds a day. Meanwhile, they often have to wait 4 years, or sometimes more, for an answer on their refugee status.

There is a danger that this institutionalised unbalanced approach will become more extreme as the numbers of those seeking sanctuary rise. This will reinforce inconsistencies in the way we treat human beings from different places.

We must extend the same helping hand and mirror the same welcoming reception we have offered to Ukrainians to all those fleeing the hardships of war, famine and oppression. We must treat all those suffering the impacts of war and oppression with dignity and fairness. Our principles must remain consistent, or they are not principles at all.

For Ukraine, Yemen, Palestine, Afghanistan, Syria, Somalia, West Papua and all those suffering the horrors of war and oppression.