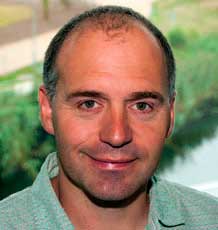 I have spent the last 4 years working on what I regard as one of the most important parts of my job as a climate scientist – helping to write the Fifth Assessment Report (AR5) of the Intergovernmental Panel on Climate Change (IPCC).  This aims to capture the current state of scientific understanding on climate change, so that informed decisions can be made on how to respond to this issue.

It’s been a demanding task, but worth the effort, as I believe we now have a much better picture of what we know about climate change and also – crucially – what we still are not sure about.  Indeed, one huge challenge in responding to climate change is how to make effective decisions in the face of highly uncertain information about the future.

Although our understanding of the climate system has come on leaps and bounds in recent decades, we are still not sure exactly how it will respond to human influence in the long term.  The impacts may be small, or they may be huge, or somewhere in between – in such a complex system, it is hard to make confident predictions of how it will change over the timescale of a human lifetime.

The IPCC AR5 is up-front about this – rather than pretending to have a crystal ball and foretell the future, the IPCC instead presents the latest climate change science in terms of a risk assessment.  Evidence and expert judgment is used to identify which outcomes are more likely than others, as this is often the most useful thing to know for practical purposes.  However, attention is also given to outcomes which are thought to be relatively unlikely, but if they did happen then the consequences would be large.  This is a common feature of responsible risk assessment, as it allows proportional responses to be made to reduce the risks.

So what are the key conclusions of the IPCC AR5?  Among the most confident conclusions is that the world has warmed over recent decades – evidenced by measurements from weather stations, weather balloons, ocean buoys and satellite, as well as by observations of sea level rise, reduced snow cover, receding glaciers and increased heat in the oceans.  This is confidently attributed in large part to human influence through emissions of greenhouse gases.  While the warming at the Earth’s surface has been slower in recent years, this appears to be largely a temporary natural offset of the long-term warming trend.

Impacts of a changing climate are already being seen in the natural world, particularly with many plant and animal species showing their springtime characteristics earlier than they used to.  However, impacts of climate change on human society are currently much harder to pick out from the much larger influence of other effects such as economic factors.

For the outlook for the future, the range of possibilities is very large.  The very hottest projections of future warming are now thought to be less likely, but this still leaves some substantial changes as distinct possibilities.  The rate of change may be as important as the size of change – in some scenarios, shifting patterns of climate may occur too rapidly for many species to keep pace as they have done in the past.  As people or societies attempt to live with a changing climate, adaptation will inevitably be easier if change takes place less rapidly.  Adaptation may also have its limits.  Negative impacts of climate change would be expected to add an additional stress on aspects of human life that are already under tension, potentially exacerbated the effects of poverty and insecurity.

The size and rate of climate change can both be expected to be smaller if global emissions of greenhouse gases soon come to a peak and then decline. However, it is also recognized that actions to reduce emissions may themselves have consequences, so these need to be taken into account as part of the risk assessment.

Science provides sound evidence that humans are influencing climate, but cannot as yet predict the specific consequences of this.  Faced with choices over whether we increase or reduce our influence on climate, we therefore we have to make a judgement call based on our attitude to risk.  Essentially, what level of risk we are willing to accept?

Professor Richard Betts is Chair in Climate Impacts at the University of Exeter and Head of Climate Impacts Research at the Met Office Hadley Centre.  He was a Lead Author on the IPCC AR5 volume on “Impacts, Adaptation and Vulnerability” http://www.ipcc.ch/report/ar5/wg2/