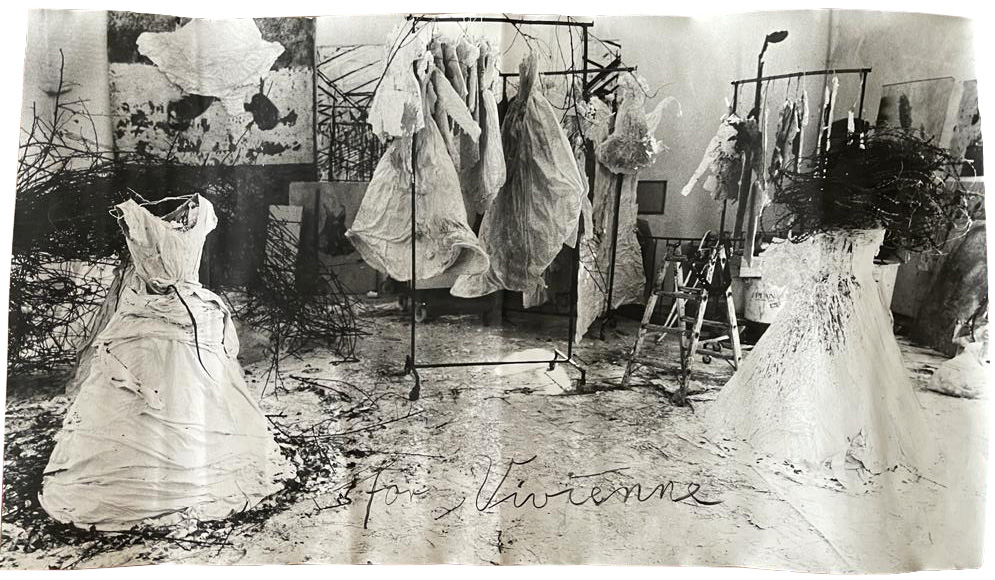 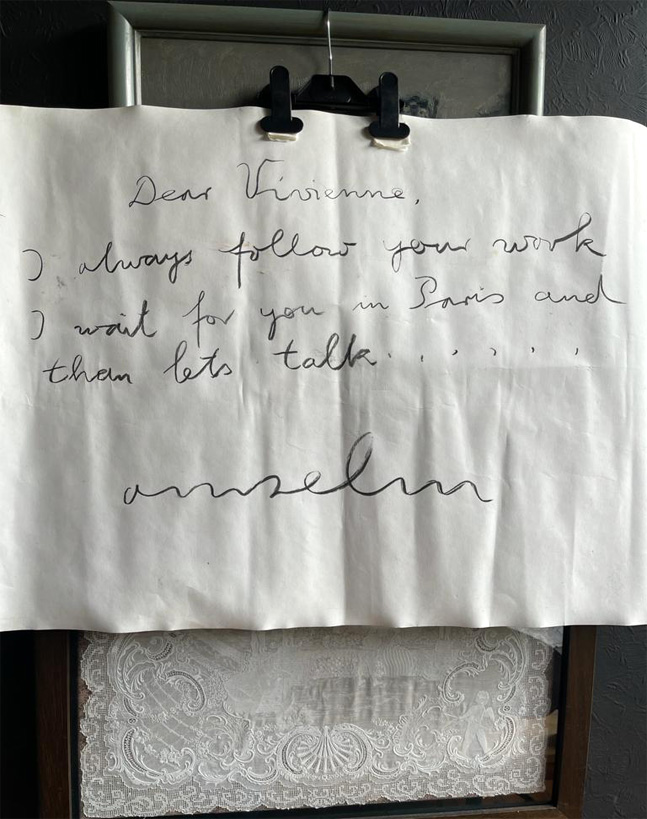 This is the photograph Anselm sent me it’s 1 metre wide – see The Big Picture-2.7.21 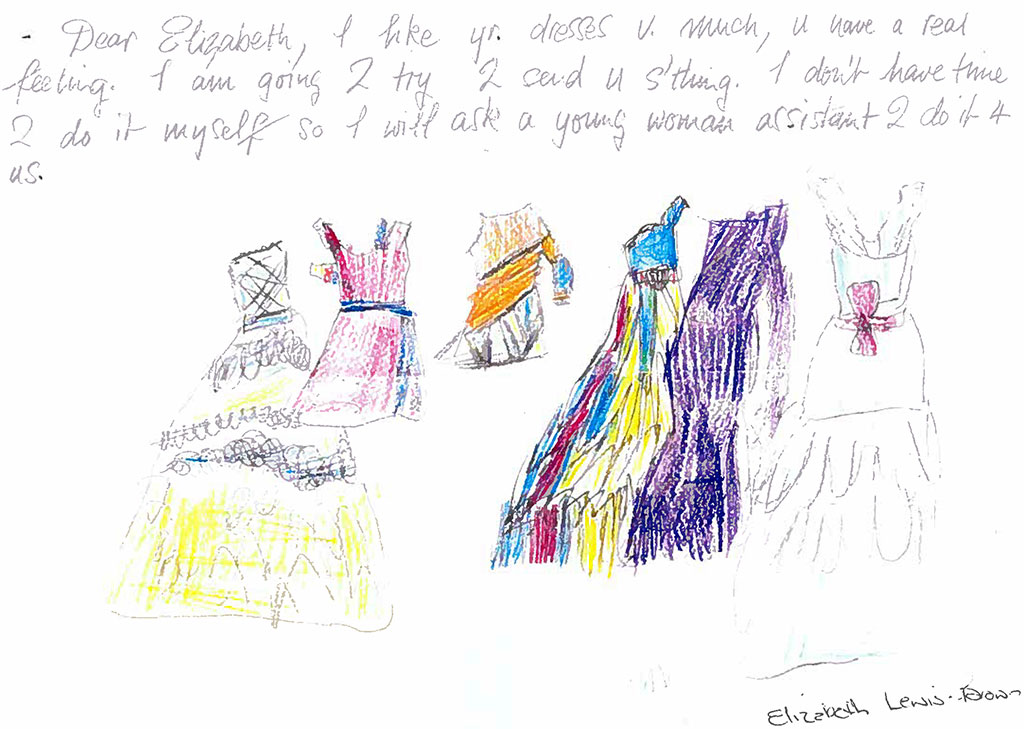 I always try to say things that are useful, that’s why I sent you this book on fashion. Every artistic endeavour depends on copying because that’s where you build skills

That’s what I did, and I was so interested that I tried to copy historical clothes exactly. Until the 19th century, clothes were all handmade. I copied them in such a way that I could make them for mass production. Fashion schools tell U to be inspired, but U have to get inspiration from somewhere and copying is where it comes from. My ‘Pirate’ collection was the first time historical clothes were copied exactly and it caused a sensation.U need to imagine what it was like to wear those clothes. Every outfit in the book was worn by rich people who could afford to have their portrait painted, clothes were handed down or recut because the fabrics were so expensive. Lace cost a fortune so it was reused, (Casanova who was an 18th century gambler, travelled Europe and he used lace as a currency instead of using money and buttons were like jewels). You’ve got to imagine what it was like to live in those days. People lived in castles and palaces, it was cold, there was no central heating. To travel on a stage-coach or on horseback was nowhere as convenient as a car, people needed heavy warm clothes.

People died young, especially women who got married very early and had lots of children, they often died in childbirth. Barbara Durer gave birth to Albrecht Durer the painter, he was a genius, she had 14 children and he was the only one who survived. Maybe one of those other children would have been a genius. Queen Anne had 18 children and they all died. Marriage was the most important event in your life, even poor people were married in their early teens so romance was for young women, by age 30 you were an old woman.

Rich children were educated early, Shakespeare was the son of a glove-maker but rich enough to be educated. School began at 6 o’clock in the morning and lasted for 12 hours. He died aged 52 but because he was educated early and needed to earn his living early, he had time to write all those plays. But of course, he was a genius too. You see you can learn history through fashion history by imagining yourself in a different world. 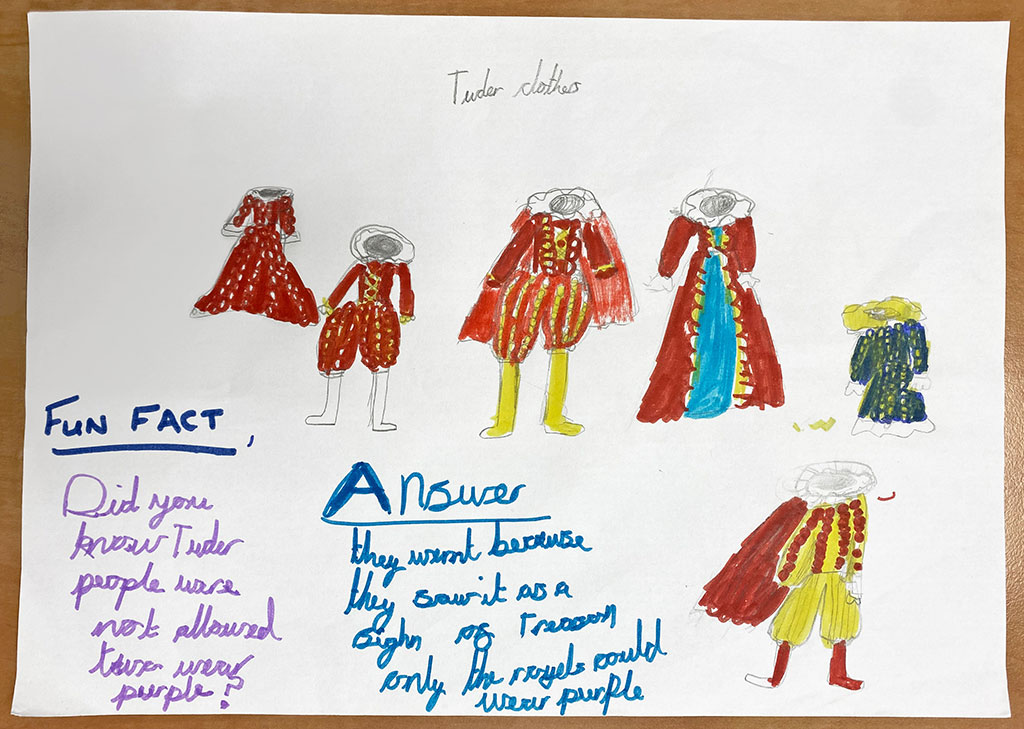 I’m sending you a diagram of a shirt pattern – you could make this shirt for yourself according to your own measurements. It’s made out of rectangles. I used this for my pirate shirt, in those days our fabric was 1 yard wide, no wasted fabric. This pattern was used by everybody, people made it for themselves for more than 500 years all over the world. Whether you lived in the city or if you had country clothes which we call folk costume. Folk costume is still worn in the world, you can see it in national geographic.

I’m sending you also some beautiful coloured diagrams by Max Tilke who spent his life going around the world making different costumes. You can see they’re made out of rectangles and small squares we call gussets. Please notice that the neck is cut straight and gathered and at the end of the slit you sew into it a little folded square and you see into a gusset and this makes the neck hole round. I am also sending you a basic coat pattern ‘1680-1800’ so that you can see the difference for example the sleeve is fitted more closely to the body.

You could make the shirt for yourself, I’ll send you some fabric. It’s the same shirt you like so much in the yellow pirate costume.

I’m going to publish our correspondence on the internet because it will be useful to other young people who also are in love with the idea of creating fashion. Many of them are inspired by the same book that you were. The book says that I had the dream of being a fashion designer as a child and that I eventually became one. This is not true.

At 7, your age, I wanted to be a ballet dancer and my Uncle teased me because I have a very long big toe. He said “you’re going to have to have a joint taken out of your toe which is very long” and I said, “oh yes”. But then my mother told me I was too old to be a ballet dancer – I was supposed to begin at age 3. I was very shocked to think I was already too old. In fact the best age to start is about 10.

The point I’m making is that you have to follow your deepest interests and they will be useful for whatever you choose to do later. Please will you ask your Mummy to follow my website climaterevolution.co.uk and talk to you about it because as you know I’m the only person who can save the world from climate change. 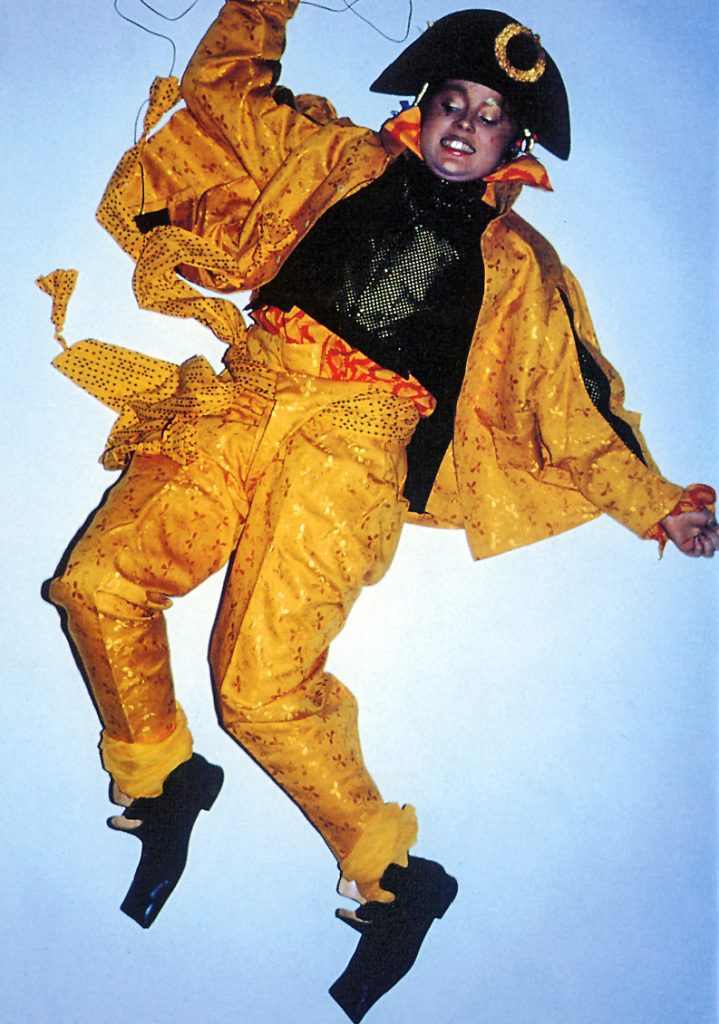 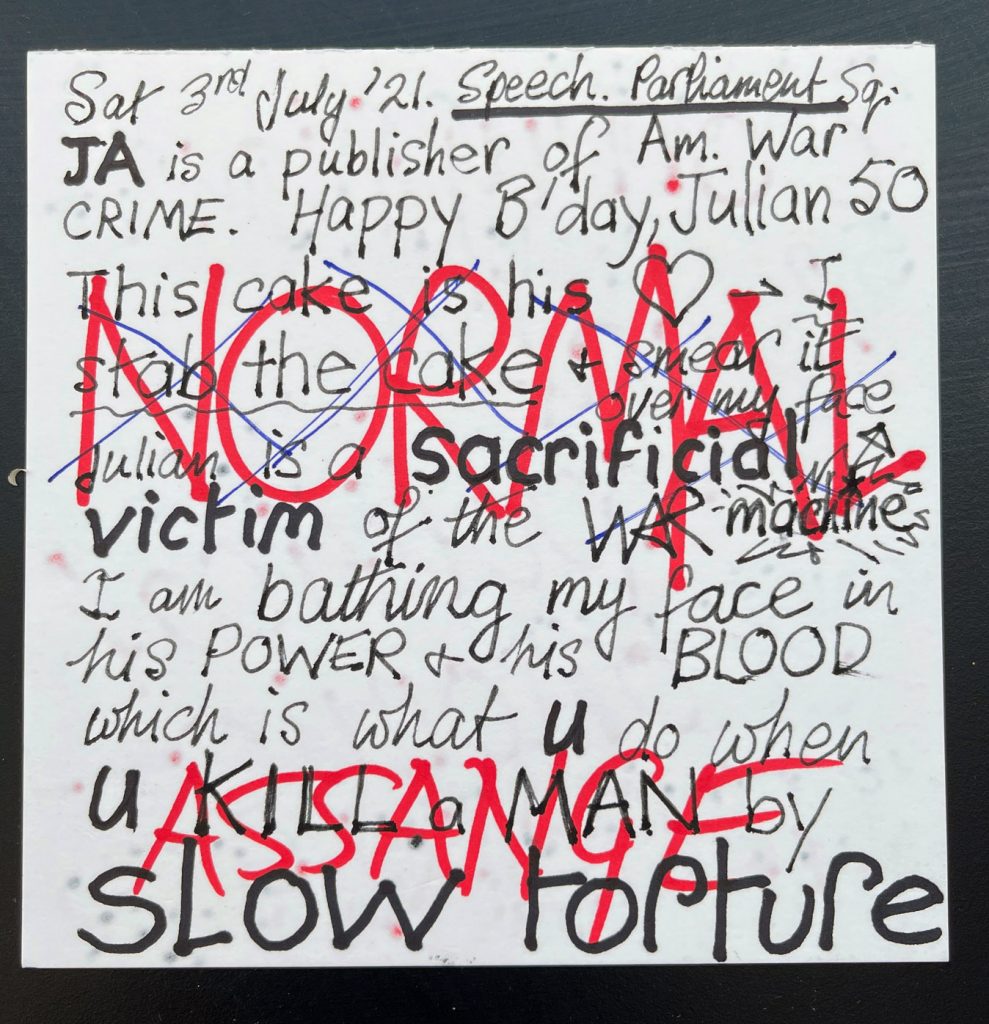 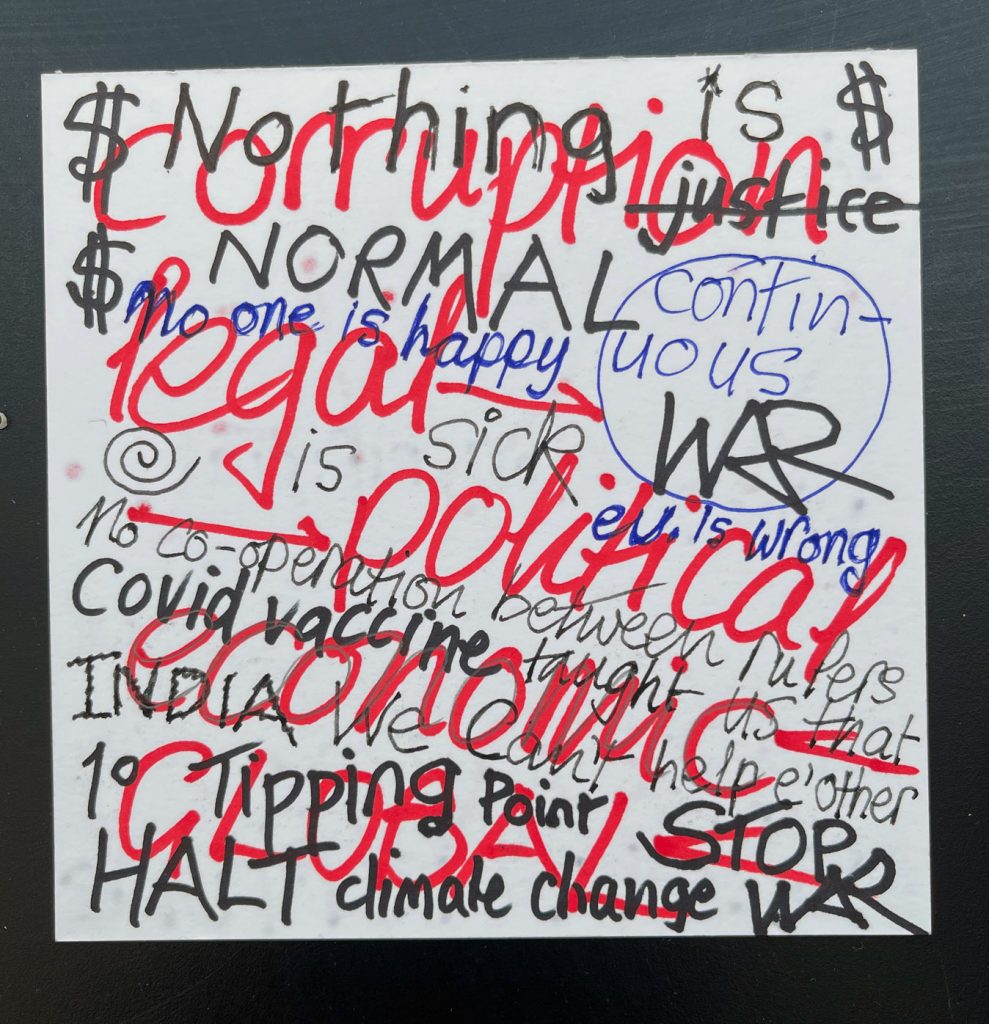 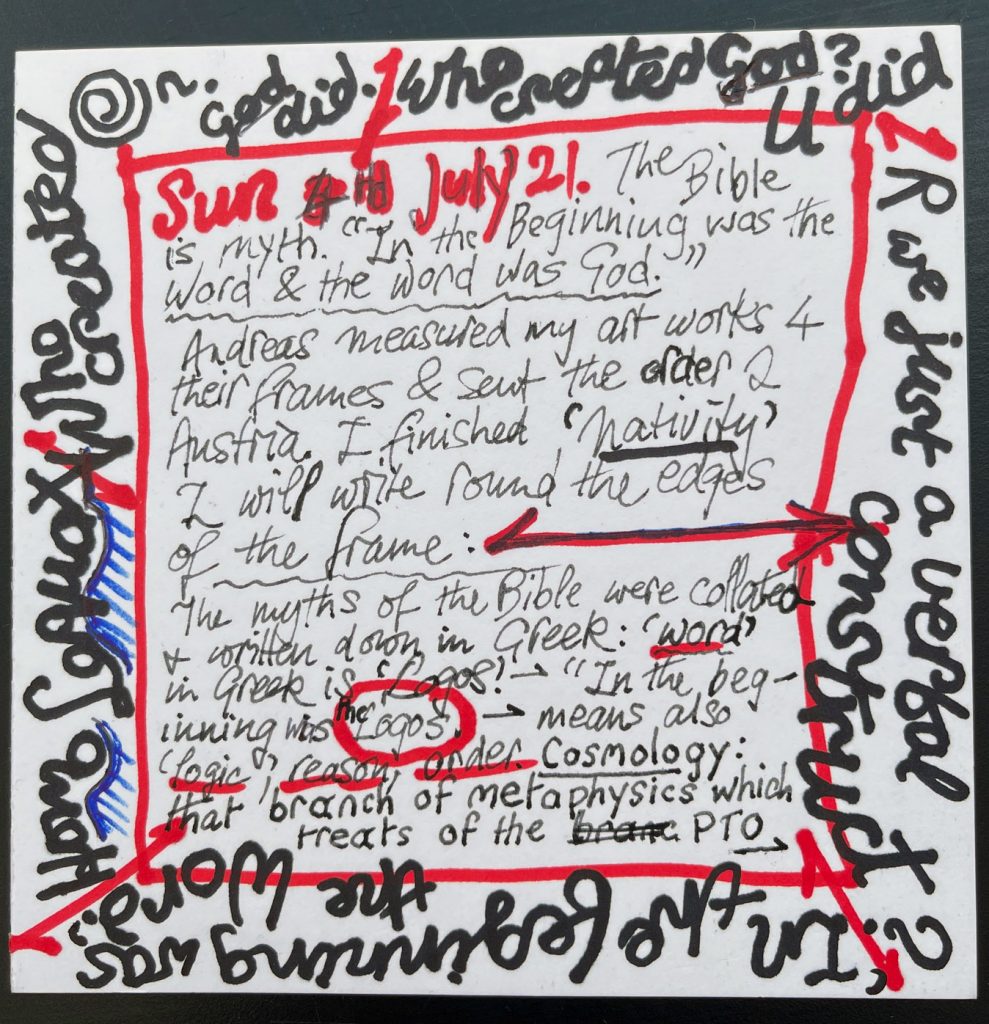 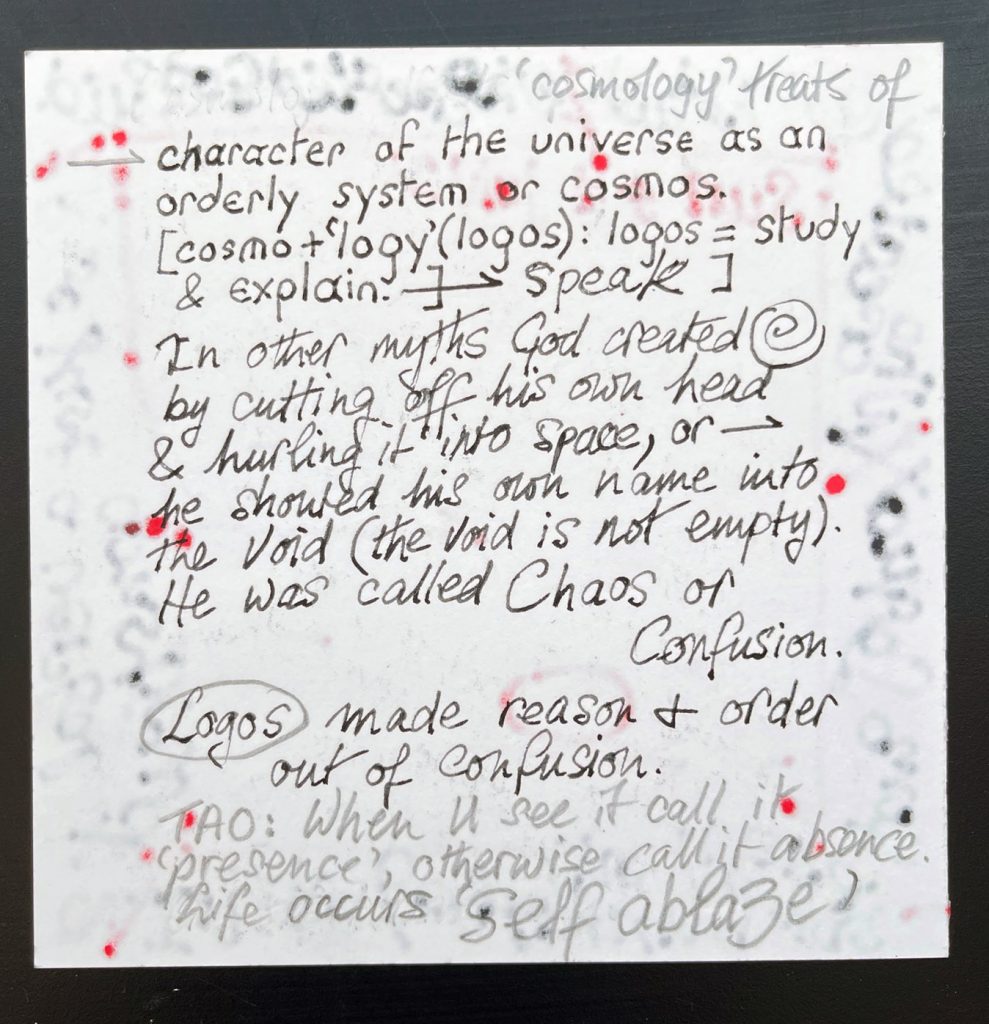 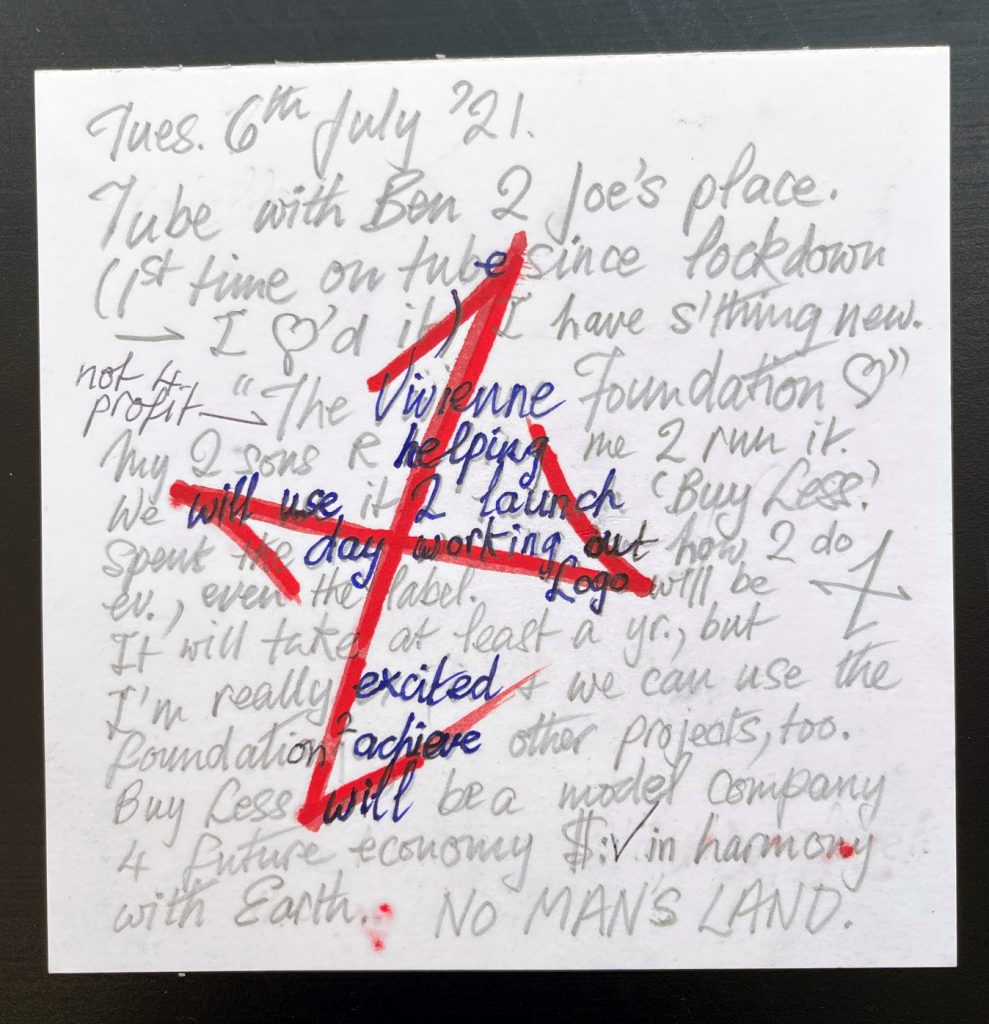 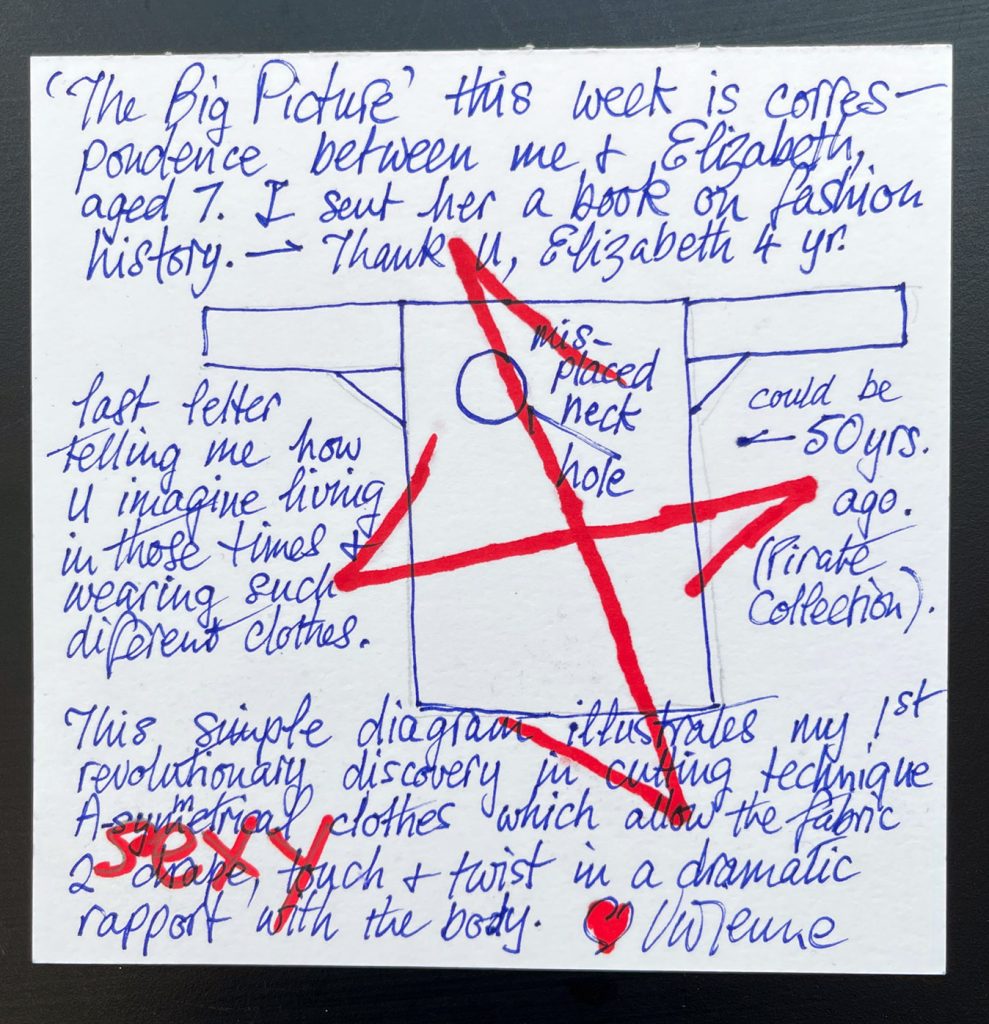 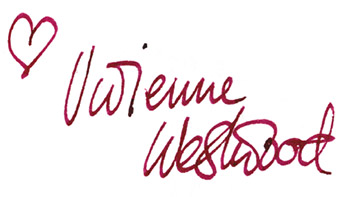