A spectre is haunting Europe, said Monica Di Sisto in II Farro Quotidiano (Rome). It’s the trade treaty being negotiated between the US and Europe, the catchily named Transatlantic Trade and Investment Partnership. The largest such treaty ever attempted, TTIP is being sold on the promise of creating millions of new jobs. But in Europe, many are convinced that the only ones who will really benefit are investors and the big corporations. Across the continent last week – in Berlin, Brussels, Vienna, Madrid, Helsinki, Warsaw, Prague and other cities – thousands turned out to protest.

They’re right to do so, said Di Sisto. What negotiators see as “obstacles” to be swept away – bans on dangerous chemicals in foods, safety labelling and so on – are in reality protections that citizens in European countries have fought hard for over the years. Yet they are being given no say on any of this: the negotiations are going on in strict secrecy. MEPs are allowed to view the details, but only in secure reading rooms and only after having been stripped of their phones and notebooks.

Expanded trade, cheaper products, more jobs – supporters of the treaty wonder what’s not to like. But the reality is that TTIP could have malign consequences, said Xavier Brenez in La Libre (Brussels). Suppose Belgium’s government decides to tax fat and sugar in order to fight obesity. Should that hit the profits of a big US multinational, it might, under TTIP, be allowed to sue for damages. The French are particularly aghast at the likely invasion of artificially treated foods that are so common in the US: chlorine-washed chicken, genetically modified vegetables, hormone-treated beef. There’s also the fear that Europe’s public services will be placed at the mercy of market forces, just as the US’s are – in Britain there is particular concern about the possible impact on its National Health Service. We Europeans are proud of our social traditions: we mustn’t see them ditched for the sake of economic gains. 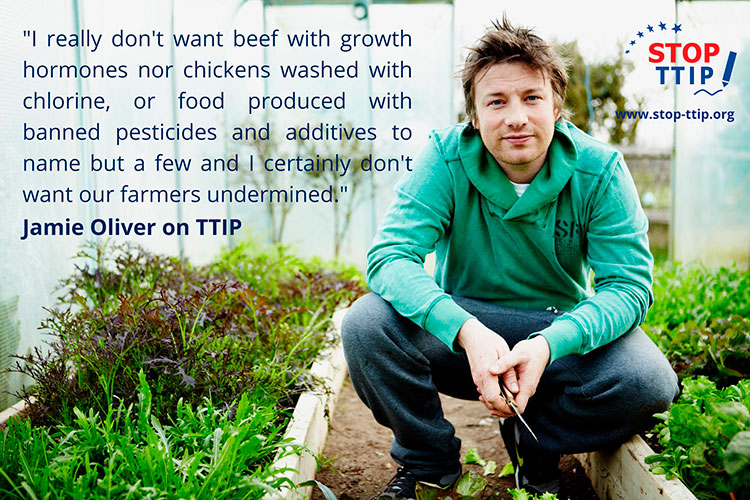 What critics of TTIP fail to accept, said Martin Greive in Die Welt (Berlin), is that once standards are harmonised, the thousands of petty rules that do so much to stop European exporters trading in the US – regulations about handlebars that block sales of toy scooters, for example – will be swept away. And no nation stands to benefit as much from all this as Germany. Yet it’s in Germany that resistance is most fierce: 43% believe TTIP is a bad thing, only 26% welcome it. The treaty has become a lightning rod for all the familiar political obsessions: the “wicked EU”, globalisation, “evil” corporations. And at the root of it all is an endemic anti-Americanism, aggravated in the past two years by revelations of US spying.

Ironically, the initiative came from Brussels, as a means to boost Europe’s economy, said Anthony Faiola in The Washington Post. Obama’s administration seized the opportunity and talks began in 2013 (it wants a similar deal with Asian nations). Not all Americans are enthusiastic: some fret that European firms will scoop up big US government contracts. But it’s the extent of hostility in Europe, the “Americaphobia”, that has shocked leaders on both sides. The most incendiary part of TTIP, said Leo Cendrowicz on The Daily Beast (New York), is the provision for investor-state dispute settlement (ISDS), under which “investment tribunals” decide if companies can sue governments they think treat them unfairly. Critics say the ensuing fear of legal action will deter governments from passing popular health or environmental policies, but in reality ISDS has been included in trade deals since 1959 to protect firms from threats such as nationalisation . TTIP offers an unprece­ dented opportunity to remove tariff barriers – a “once-in-a­ generation prize”, David Cameron has called it. If the paranoia continues, it may prove a prize that no one gets to enjoy.

This piece explains everything about TTIP.
TTIP is a deal which would give giant Monopolies supreme power. Governments are Criminal Agents who are helping them have more power than Governments! This nonsense only makes sense because they are the same people (the revolving door).
The line is drawn between Profit and People. People are dispensable. The Earth is dispensable.
Vivienne Westwood 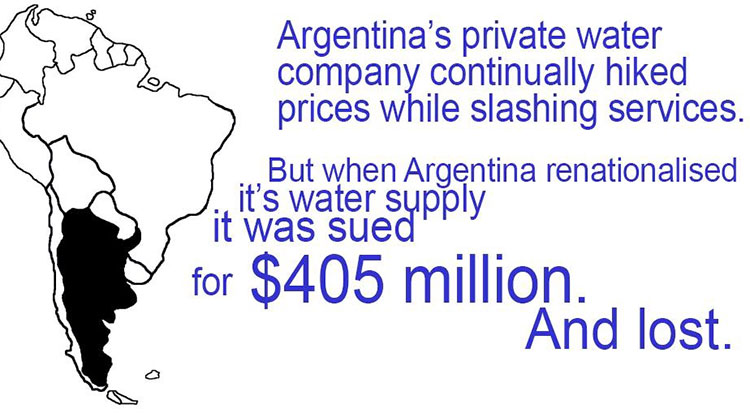