Sunday’s March to stop climate change – We are the People!

Politicians have abdicated their responsibility to care for people. They don’t know what they’re doing.
We know what we must do.
Everyone of the 70,000 who came on the march is an intellectual. The speeches were superb. This was drama of the highest order. Rapper poet Mic Righteous was on top form and Kate Tempest is a transcendent force: I was there!

We Are The People!

Global warming is at the tipping point. If we go past it, we can’t stop it. All the methane kicks in. We’re there right now. We have to stop it! 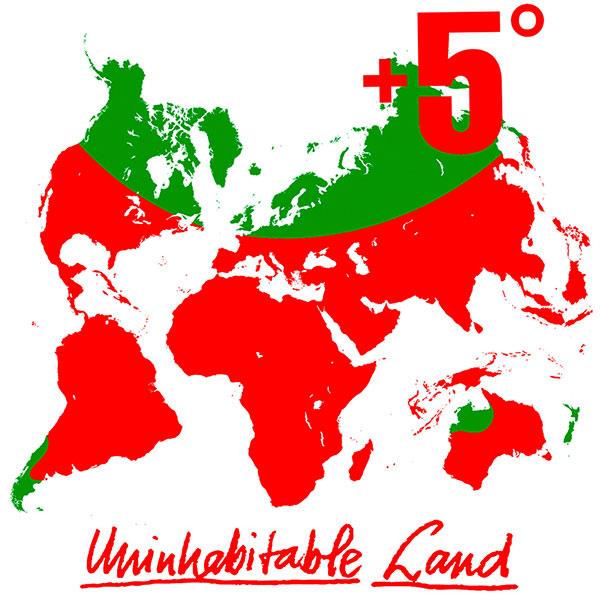 This map is the world at 5 degrees. If you draw a line parallel with Paris, everything below that is uninhabitable. This means by the end of this century there will only be one billion people left. Our politicians, they are preparing for this. They are not trying to stop it, they are preparing for it. They just talk about how they going to deal with it. How can you deal with it? It’s going to be absolute horror. The rainforest will be gone, the oceans will be dead there will be no water. Everybody from Asia, Africa, South America will be on the move to this small part of the world that will be left. You’ll have warlords, corpses, you’ll have absolute horror and these idiots talk about the fact that they are going to deal with it, they accept it. The point is, to STOP IT!

We have no choice between a green economy and mass extinction. But we are the people. We can do it! We here are the voice of the people – we’ve taken responsibility. That’s why we’re on this march. And so it’s very easy to do. Be specific!

Paul Watson from Sea Shepherd says we can do it in such a short time if we regenerate the ocean. Be specific! All we have to do is stop industrial fishing. Cool Earth can save the rainforest for 100 Million Pounds. Be specific! They are working with the indigenous people.

We Are The People!

Listening to the speeches at the end of the march I realized everybody here is an intellectual. Intellectuals Unite!