Wishing you well – and the opportunity to spend a few days of peace this Christmas.

It is difficult to be blithe of spirit given recent election results, the increasing clamour of right wing nationalism and other current oppressive news … How one changes the sense of aggrievement and insecurity that unskilled or semiskilled workers feel in our world of globalisation and rapid technological change is, however, a monumental problem. 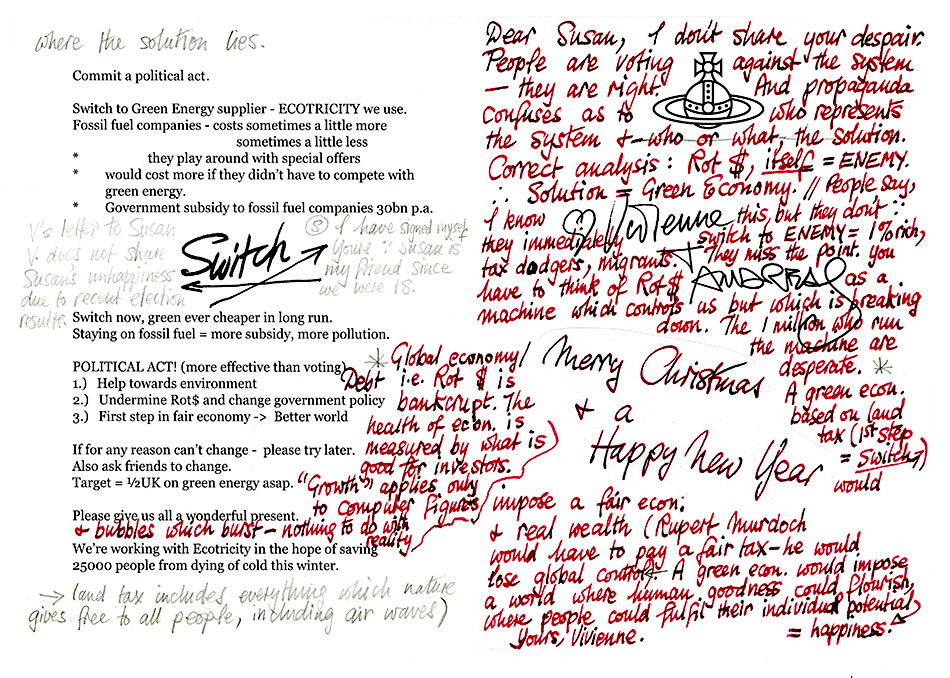 I don’t share your despair. People are voting against the system – they are right. And propaganda confuses as to who represents the system. Correct analysis: Rot$, itself = ENEMY. Therefore Solution = Green Economy.

People say, I know this, but they don’t because they immediately switch to ENEMY = 1% rich, tax dodgers, migrants. They miss the point. You have to think of Rot$ as a machine which controls us but which is breaking down. The 1 million who run the machine are desperate.

Global economy / Debt i.,e Rot$ is bankrupt. The health of economy is measured by what is good for investors. “Growth” applies only to computer figures and bubbles which burst – nothing to do with reality.

A green economy based on land tax (1step = Switch) would impose a fair economy and real wealth (Rupert Murdoch would have to pay a fair tax – he would lose global control. Land tax includes everything which nature gives free to all people, including airwaves).

A green economy would impose a world where human goodness could flourish, where people could fulfil their individual potential = happiness.

I have signed myself ‘yours’ because Susan is my friend since we were 18, she’s two days older than me.