(Peter) : The source of all life is the rhythm of the cosmos
U evolved together with the earth within the changing cosmos
U learnt to speak
This is what makes U different from all other animals
U R man the Talker
Homo Loquax

(Rose): I am wearing the most beautiful sweater the world has ever seen, there’s only one, we found one person to knit it, if we can find other clever knitters we could make more of them so get in touch if you know anybody, we pay a very nice price and all profit will go to charity. The earth is our home.

(Emma): I love this sweater, the wool for this sweater came direct, thank you, grey sheep. I love it so much, I’m going to wear it to work every day. The Buy Less logo means profit goes to charity.

(Andy): This is Vivienne’s new logo.

(Daniella):  This is the dragon, Vivienne follows the Tao. The Tao represents the rhythm of the cosmic life force. On the arm the lips are talking, the world is bankrupt. 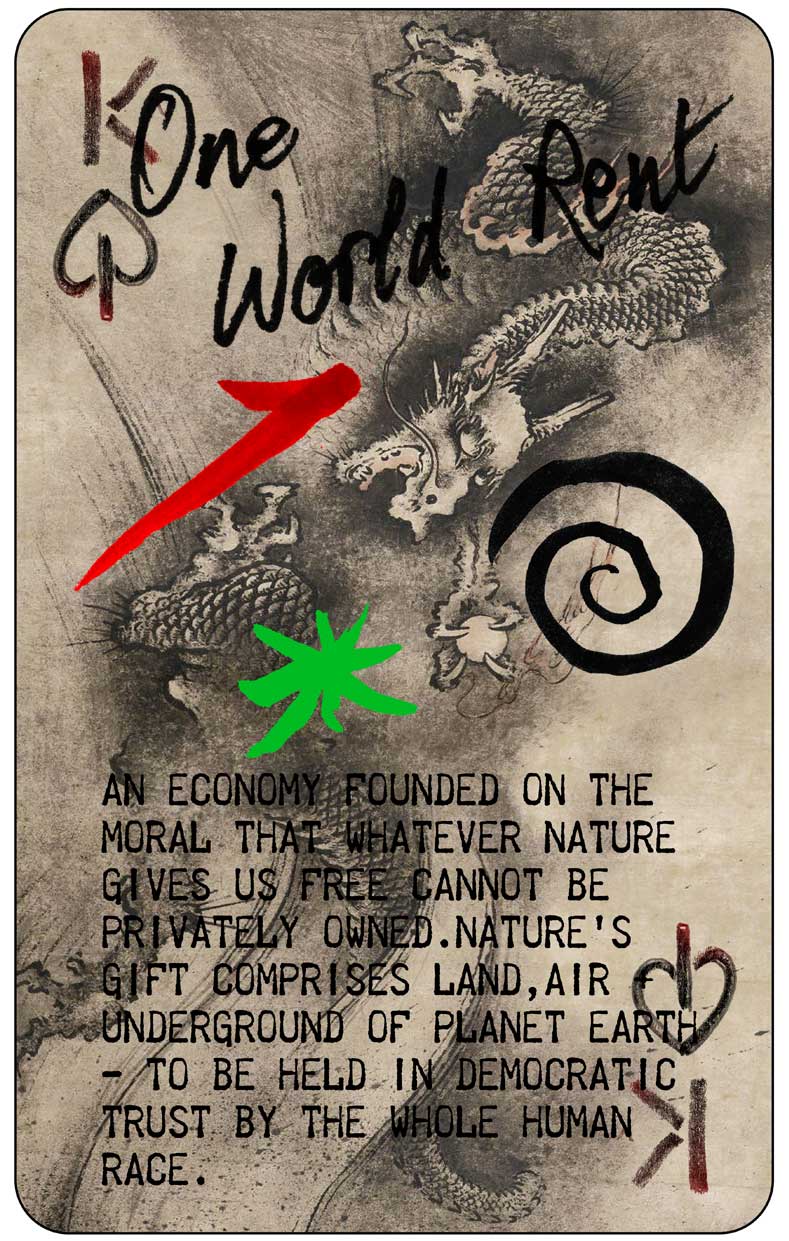 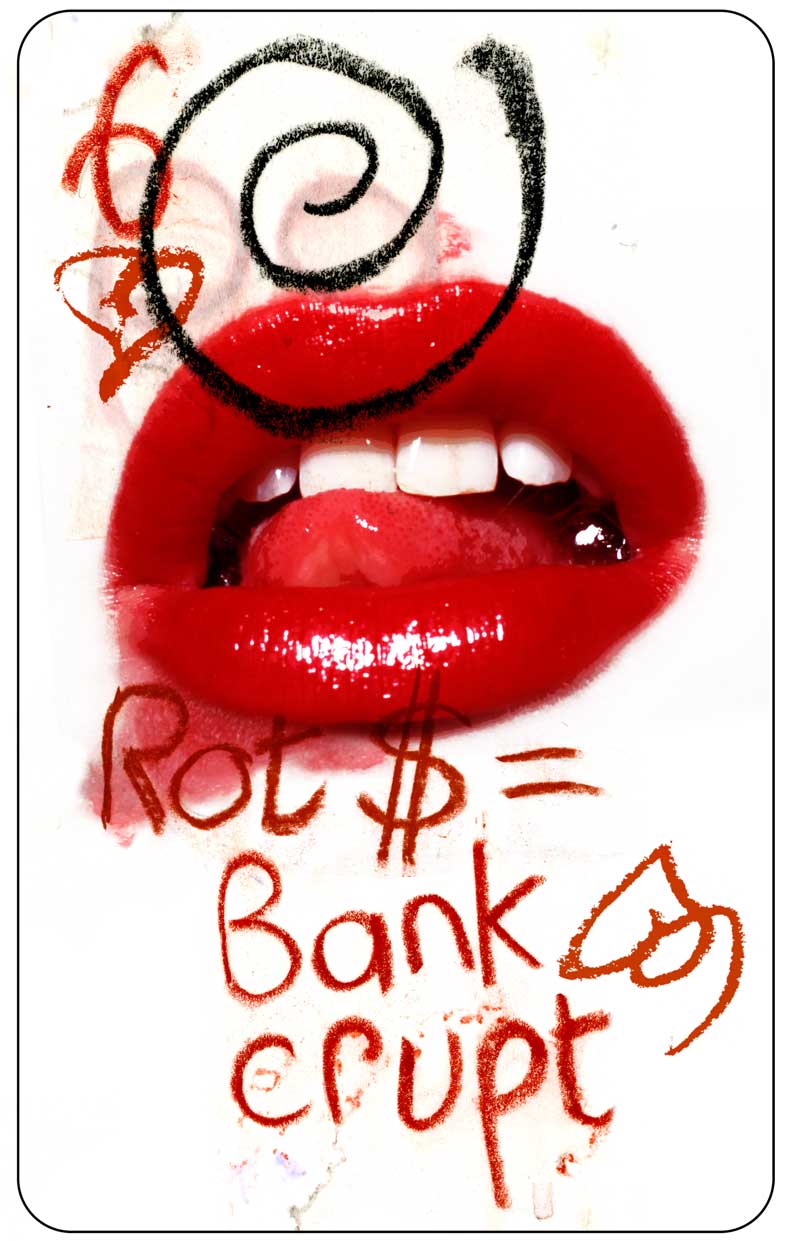 (Andy): Vivienne designed a set of playing cards they illustrate a plan to save the rainforest from climate change. The solution is in the cards. This is the world at +5 degrees hotter than it is now. It’s from the 5 of Spades. If you draw a line below Paris it’s uninhabitable. This is public information, it comes from NASA the space agency.

(Hugo): It’s already started to happen. The guess is 1bn people only left by the end of this century. Scientists know this will happen, but they don’t know exactly when. I bought this coat last year, it’s a classic, it’s called the Prince coat. 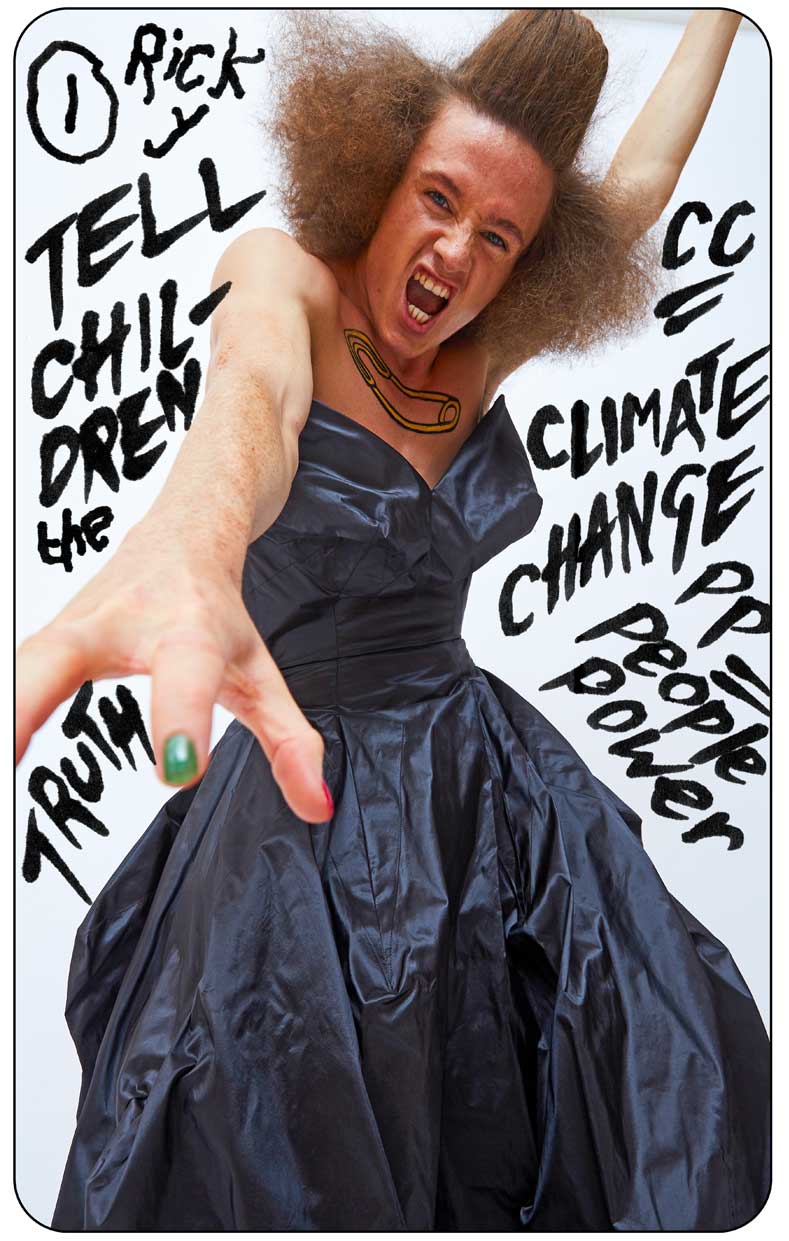 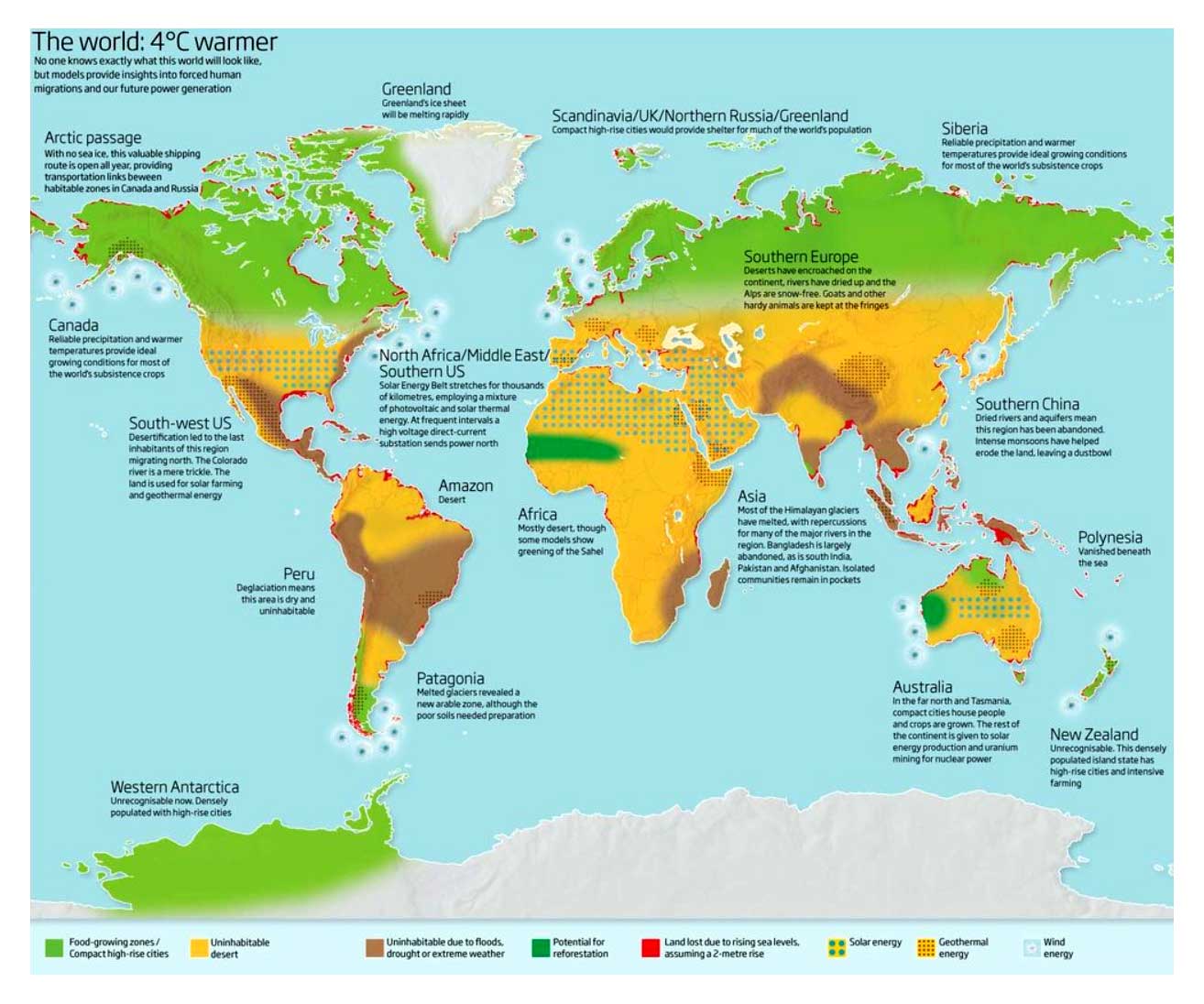 (Ben Westwood): After that, death by methane bomb. If you’re not directly hit, this is how you die you go deaf, blind and your internal organs explode. Wipeout. Maybe these weird things that live at the bottom of the sea in nuclear temperatures, maybe some insects. Maybe robots. 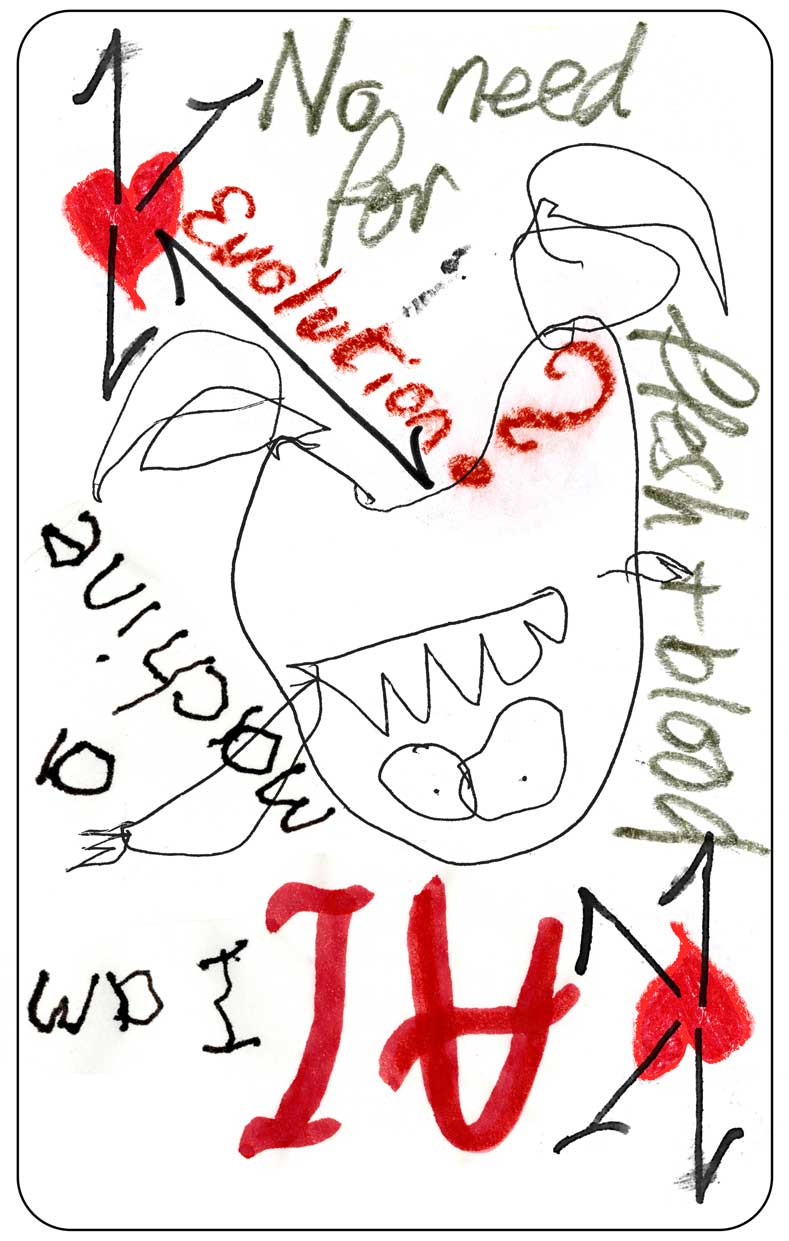 (Camilla): This portrait is done by 3 year old Tom, it says hooray I’m a machine, no need for flesh and blood. There’s an arrow here pointing to Evolution. Evolution, what happened to evolution?

(Justine): I love the playing cards.

(Peter):
I belong to Intellectuals Unite.
What is an Intellectual?
S’body who wants to make the world a better place + reads books.
We’re activists and we’re helping Vivienne with the playing cards.

(George Jibson: We’ve already activated the playing cards. I’m George, I went to the arctic with Vivienne and Greenpeace. We have campaigned with them to save the arctic from motherfuckers like Shell and Putin. Waterloo station. The great long escalator at Waterloo, going up and up to the exit for the Shell building, lined with photographs of celebrities wearing this shirt, it was the best art exhibition.

(Peter): Vivienne does the best trousers, they are all completely different.

(Daniel Lismore: I’m Daniel Lismore and I met Vivienne because we both support Julian Assange. This cloak is in support of Julian because it’s about free speech. She’s going to do an art exhibition based on the playing cards to raise £100million for the rainforest and I’m going to help her fundraise. (George): Culture is the enemy of consumption.

(Daniel): We call ourselves IOU, not IU but IOU – a LIFE.

(Peter): If we had culture we would not be in this mess, the world would be in harmony, our ethos would be peace.

(George): We formed a book club.

(Peter): We meet every 2 months + Vivienne gives a talk.

(Daniella): We R going to read the classics starting with Pinocchio – what it means to be human.

(Justine): The story of a puppet who wanted to be a boy.

(Andy): Pinocchio lives in the simple, honest world of the Sicilian peasant.

(Kim): It is talked in the broad based style of slapstick comedy.

(Daniella): Every character is an archetype.

(Justine): It’s a lesson for children and it’s the same lesson as in the playing cards.

(Andy): Happiness is becoming who U really R. 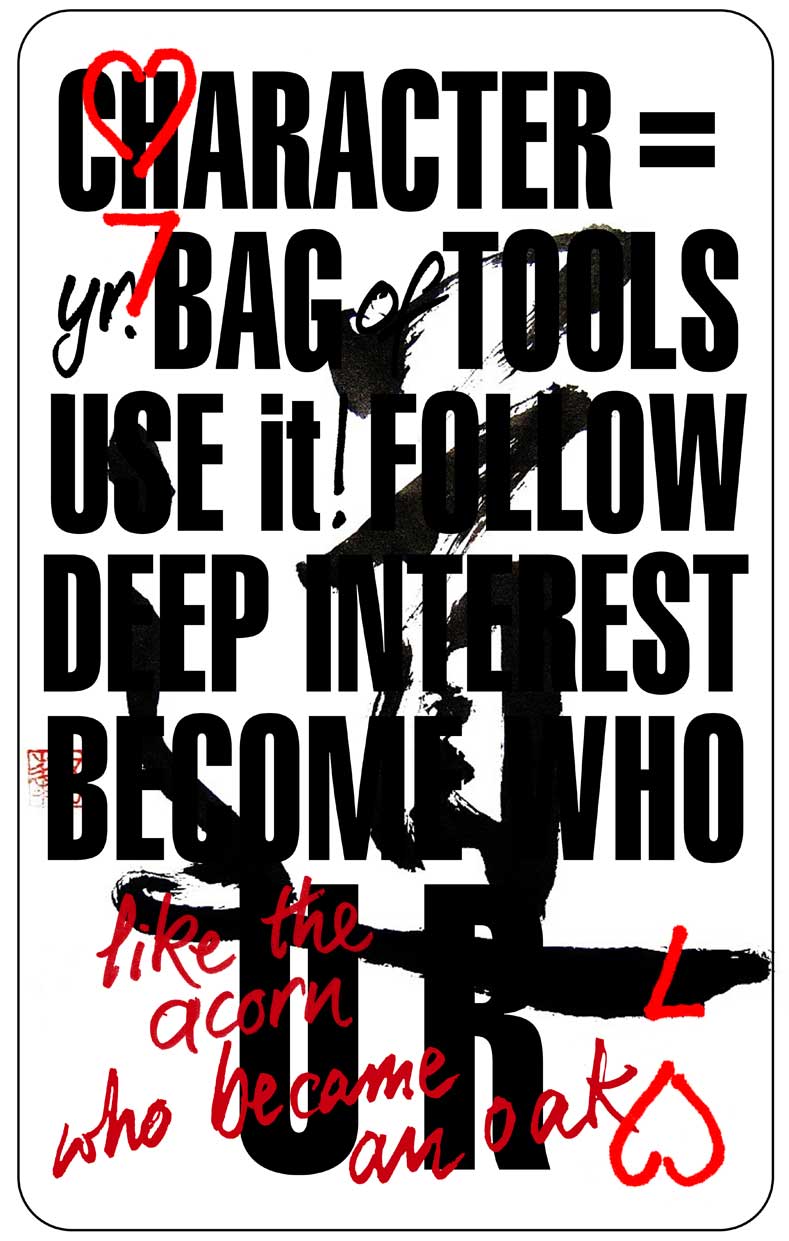 (Daniella): And that way, you’ll be true to yourself. (Andy): If U piss about sucking up pleasure + eat everything that comes easy: consump!

(Kim): U’ll get asinine fever + turn into a donkey.

(Andy): I love donkeys. They have a hard life.

(Andy): In old Tuscany, there R 2 kinds of lie: some have short legs –
The truth catches up with U
And some have long noses, they stare U in the face.

(Justine): Those lies belong to an honest world.

(Andy): Our world is a mix of lies and confusion.

(Kim): The lies with short legs, the surreptitious ones come from films

(Daniella): The Truth can’t catch them because we think the camera can’t lie.

(Justine): Yet there isn’t a grain of truth in them.

(Andy): Historical films make us feel superior, not so ignorant and better off.

(Kim): That’s the point, art exists in that sharp grain of truth, if its not there, it’s not art, the universal in the particular

(Danielle): Hollywood turned us in to zombies

(Justine): What about adverts?

(Andy): We’re not better than the past.

(Kim): Popular culture is all about sport or physical satisfaction.

(Andy): Caption: “Into the future with England”

(Justine): England’s going to lead the way out of the shit if I have anything to do with it.

(Sara): You are the past. Deny the past – lie the future – you’ll never talk the present.The 20th century was a bit of a car crash, it was then that the idea really took hold, that the future will get better automatically and all that we have to do is just follow the latest thing. Consume! Consumption of opinion keeps us ignorant. That’s why 7 billion people don’t know. They don’t know what? No future. No future for you

(Camilla): Now we come to Rot$. Tax the poor, give it to the rich, everybody gets rich. This is the lie with the long nose.

(Rowan): Rot$ short for Rotten Financial System, we represent the word system by a dollar sign: Rot$.
Diamonds are for money.
Rot$ is all about consumption.
Louis the banker says all profit belongs to me
And the 1%
So long as you keep buying crap, its a game of destruction.

VIVIENNE IS THE ANGEL OF DEMOCRACY?

(Rose): I am the Angel of Democracy. I talk for Vivienne. I am the voice that talks Rot$, the cause of world Death. It self-destructs + the world self-destructs with it. Ev’ryone knows Rot$ is the mechanism that favours the already rich by taxing the already poor. Democracy thrives only when we achieve a fair distribution of wealth. The answer is 1 World Rent.

(John Sauven, Greenpeace): My name is John Sauven, I’m the head of Greenpeace. Vivienne Westwood is not playing the Joker, she knows years of inaction have brought a crisis to this world. It’s not too late to act, but we must act now. This Rotten Financial System has taken us to a tipping point, big oil corporations like BP are happy if we go over the edge. Don’t ask me if it makes economic sense, they are killing the planet. It’s time that we reshuffled the cards and dealt a new hand for the 7 billion people living on earth and for planet earth itself, rather than just the 1% 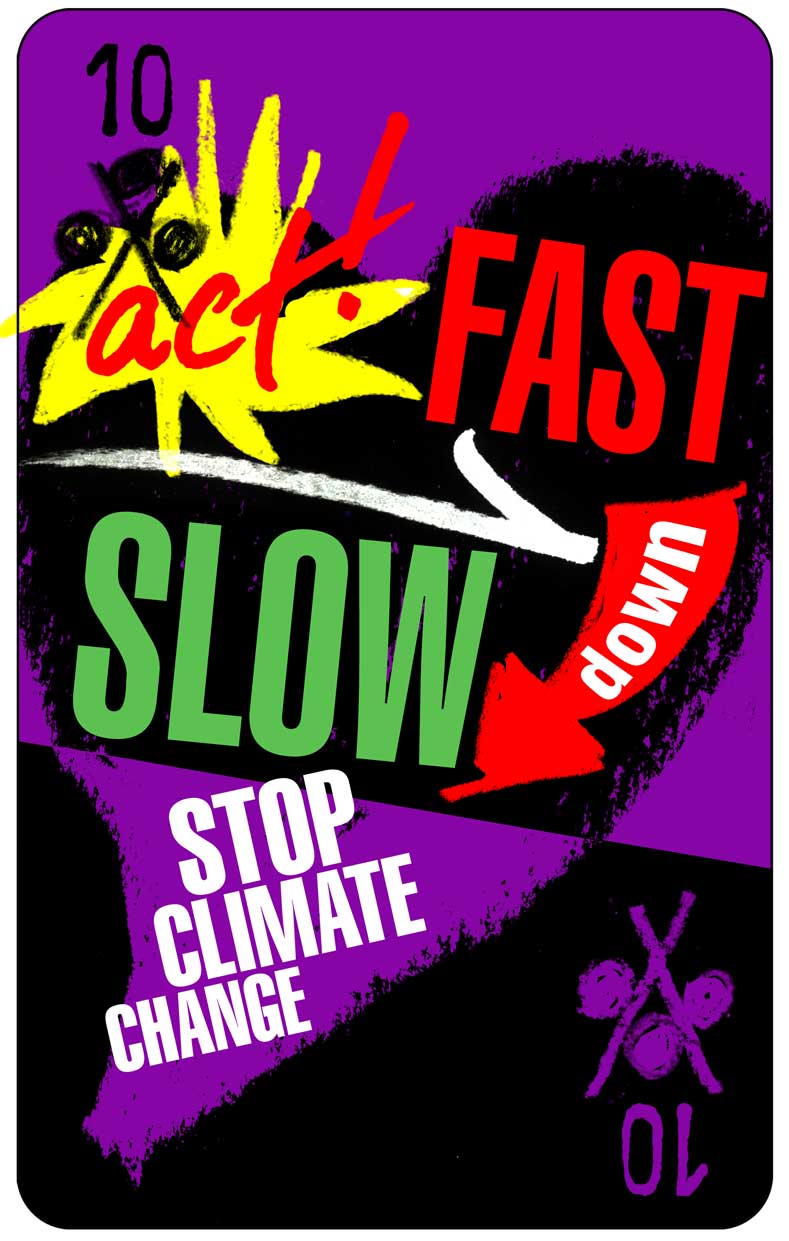 (Felix): These three dickheads are politicians. See no evil, hear no evil, speak evil. Rot$ is evil.
Politicians are antipeople, they don’t have one humane thing to talk. They can only talk what the markets want. They’re the oracle of Rot$, and this is global, Rot$ rules.
They’re all doing everything wrong…
7 billion don’t know. Rot$ is death.
Stop Climate change! Tell kids the truth.

(Camilla): This is Vivienne impersonating Margaret Thatcher, she says, ‘I give you the 1%’. Get a Life. Brexit is a crime. We should be cooperating, not cutting ourselves off from the world.

(Emma): The best way to pacify the general public and keep them tame is to limit information and then encourage mad discussion within those limits. Get it! – We’re taming o’selves thru’ the social media.

(Sara) : This logo stands for 1 World Rent. It’s made up of Number 1’s turning and pointing to the 4 corners of the earth. Hi Fred.

(Fred Harrison – Economist): …. I’m Fred Harrison. Government’s pass laws, but they have failed to stop the mad rush to the precipice. Something vital has been missing from all the talk about saving the planet. Vivienne calls that missing link: One World Rent. What does she mean by One World Rent? North South East West, all parts of the compass – we will be explaining what she means by One World Rent in the next show but in the meantime, we need all of you to get into action to read the riot act to the politicians. Actions not words. Remember ‘what’s good for the planet is good for the economy’. If we really want to save ourselves, we have to stop the wrecking ball destroying the planet. 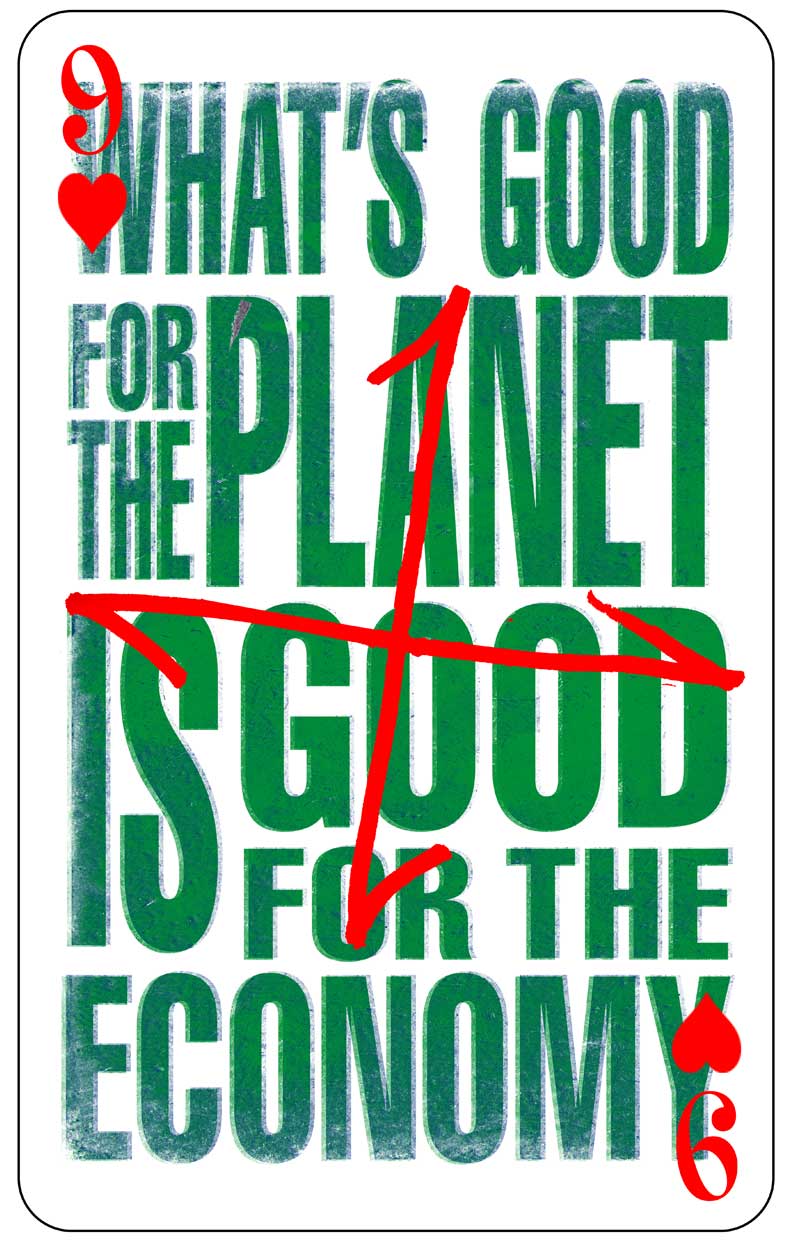 (Sara): And when do we have to do this Fred

Fred: We have to start straight away, by the way are those your lips?

Sara: They are! I was kissing, can you tell? So we have to do it right now.

Fred: Over to the finale!

Vivienne: Something has to happen this year. One World Rent. Save the World. Britain will lead the way. (Sings)

In and out the windows
As we have done before