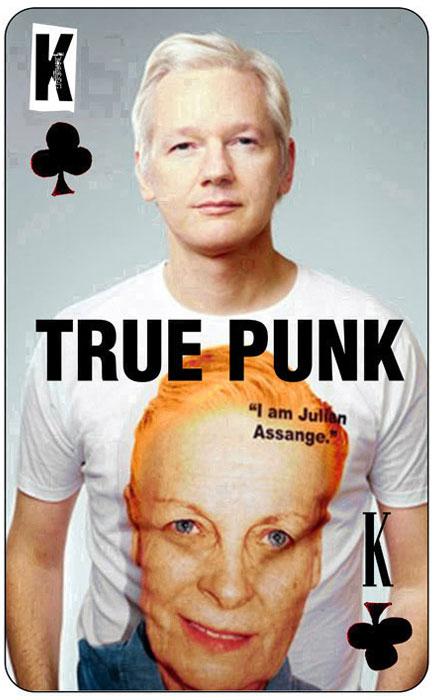 Julian Assange is my priority, he’s the key to everything. We face a global wall of govt corruption: political, economic, legal. The world is being run like a mafia. Julian is the trojan horse – if we can free him, this will break a hole in the wall of concrete + govt. will have to start listening to people and act in their interest. We need govt support, save

“An extradition hearing took place in an English court in February 2011 to consider an application by Swedish authorities for the extradition of Assange to Sweden. The outcome of the hearing was announced on 24 February 2011, when the extradition warrant was upheld. Assange appealed to the High Court. On 2 November 2011, the court upheld the extradition decision and rejected all four grounds for the appeal as presented by Assange’s legal representatives. £19,000 costs was also awarded against Assange. On 5 December 2011, Assange was refused permission by the High Court to appeal to the Supreme Court. The High Court certified that his case raised a point of law of general public importance. The Supreme Court subsequently granted permission to appeal, and heard the appeal on 1 and 2 February 2012.[27] The court reserved its judgment and dismissed the appeal on 30 May 2012.[28] Assange has said the investigation is “without basis”. He remained on conditional bail in the United Kingdom. On 19 June 2012, Assange sought refuge at Ecuador’s Embassy in London and was granted temporary asylum. On 16 August 2012, he was granted full asylum by the Ecuadorian government.”
These are the lengths Julian went to, to avoid extradition for an allegation for which there were no grounds whatsoever (the rape charge was an invention of the Swedish newspaper, had he been charged and convicted of the crime of a broken condom this would have involved a small fine, no jail sentence).

With this extradition trial we are witnessing the serious undermining of due process and the rule of law. A recent report from Nils Melzer, the UN Special Rapporteur on Torture and Inhumane Treatment, presented during the 43rd session of the UN Human Rights Council (24 February – 20 March 2020), argues that the cumulative effects of Mr Assange’s mistreatment over the past decade amount to psychological torture. If Mr Assange was viewed as a victim of psychological torture, his extradition would be illegal under international human rights law.

117 medical doctors, including several world prominent experts in the field, had published a letter in the Lancet warning that Assange’s treatment amounts to torture and that he could die in jail.

Should Assange die in a UK prison, as the UN Special Rapporteur on Torture has warned, he will effectively have been tortured to death. Much of that torture will have taken place in a prison medical ward, on doctors’ watch. The medical profession cannot afford to stand silently by, on the wrong side of torture and the wrong side of history, while such a travesty unfolds.
If the authorities now refuse to allow him out on bail during the Covid-19 outbreak, I do not see how anybody can possibly argue there is any intention other than to cause his death.”