We’re condemned to use social media exclusively to communicate because we don’t have human contact anymore, use it to set Julian free. – Vivienne Westwood 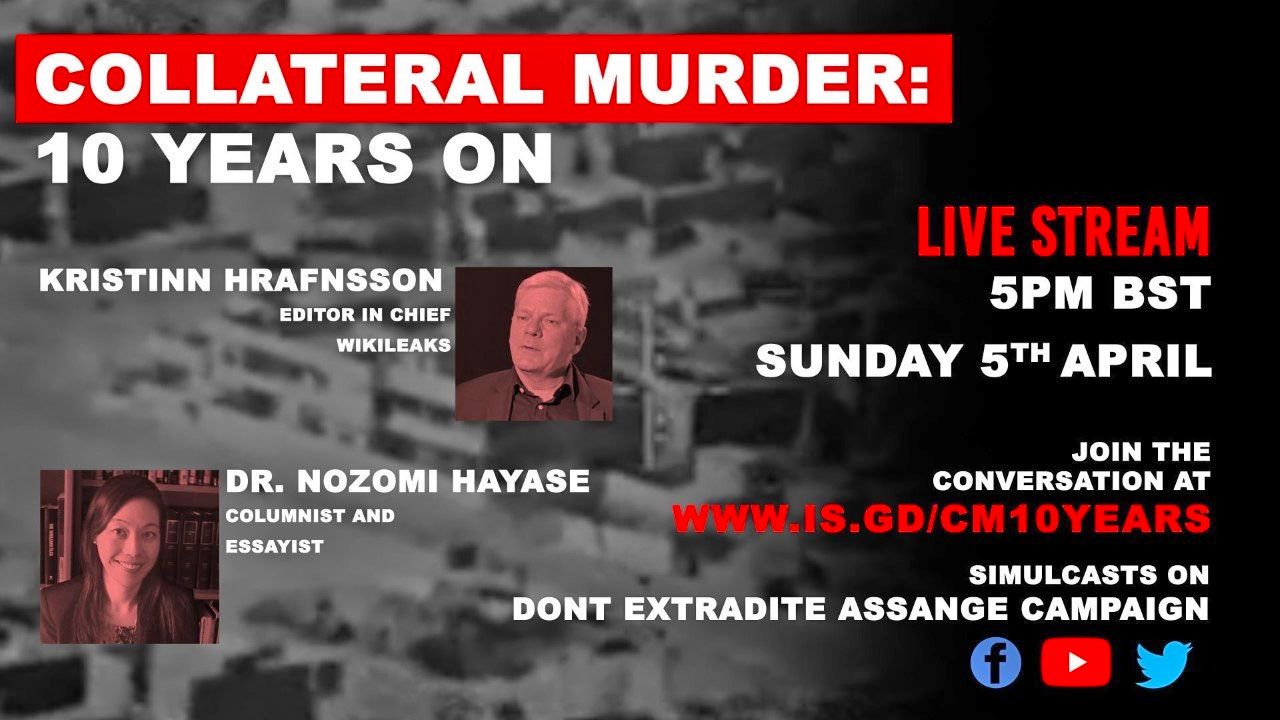 WikiLeaks marks 10th anniversary of the ‘Collateral Murder’ video The cockpit video of an Apache helicopter shooting journalists and Iraqi civilians became one of the greatest journalistic coups of this century when it was released 10 years ago.

In this special online event we’ll be discussing the global political impact of that revelation, with a new video presentation that interviews the families of the Iraqis who lost their relatives in the attack.

Hosted by Don’t Extradite Assange Campaign the event will hear from editor-in-chief of WikiLeaks Kristinn Hrafnsson and columnist and essayist Nozomi Hayase.

There will be a question and answer session after the speakers introduce the meeting.

Reserve your place here for Zoom webinar: www.is.gd/cm10years The event will take place on Sunday 5 April at 5pm UK time.