Gaming the Law / This is how we change the narrative.
RE: BBC Interview with Victoria Derbyshire, Tuesday 21st July

They have a script + that script is the narrative, the narrative is the official voice of the establishment. An interview is not an exchange, they never pick up on the reply of the interviewee but proceed with the script. This means that the narrative doesn’t change, the public don’t fill in the gaps or the objections. It’s simply the received opinion.

When Victoria Derbyshire interviewed me, I insisted on finishing my answer which meant she had to reply. It became a discussion by which means I managed to change the narrative. Victoria was puffed up with her status as a journalist of the BBC meaning that she has official authority / The BBC are recognised as an impartial authority, but they do not deserve this status. I don’t respect the BBC. I’m not one of the interviewees who just stands in line + doesn’t quibble when I don’t have the chance to finish my opinions.

The BBC is not impartial, they are the pillar of the corrupt establishment, an e.g of how the establishment lies is the gaming of the law. Habeas Corpus, ‘U have the body says, when U arrest someone U have 2 charge them + as soon as possible, put them in front of a court of law.’ Julian Assange was arrested by UK because of an allegation! + given bail at £250,000 – an outrageous sum plus house arrest.

The real motive 4 trapping Julian was that US wanted his extradition 4 telling truth about American war crimes: UK + Sweden would hold him whilst US prepared its case. Julian therefore sought asylum + Ecuadorean Embassy accepted him as a political prisoner. By law, he should then have been allowed to fly to Ecuador, but instead UK invented its idea that bail should take precedence over asylum. Of course it shouldn’t, there is no precedent for this.

The Press has presented Julian as someone who is escaping justice, squirreling himself away in the Ecuadorian embassy. The Embassy accepted Julian as a political prisoner, yet UK said! If U put yr head outside this Embassy, we will arrest you on bail charges (Catch-22). Don’t forget he already paid a crippling bail charge + 2 years house arrest counts as one year in jail.

It is illegal 4 anyone 2 invade an embassy + drag out a political prisoner who has been given asylum, + so, this is how the Press lies. This cartoon shows the strong arm of the law holding an abject little puppet in the air in triumph. Julian was actually shouting, ‘This is illegal!’

In this month’s London Review of Books, Patrick Coburn writes (comments italicised in brackets are mine):

“Melzer describes an investigation that was politicised from the moment on 20 August 2010 that two women, then known only as AA and SW, went to a police station in Stockholm ‘to inquire whether Mr Assange could be compelled to take an HIV test’.

(They had each said the sex was consensual. Then the police changed their statements.)

Within hours, ‘the Swedish prosecution ordered the arrest of Mr Assange and informed the tabloid newspaper Expressen that he was suspected of having raped two women.’ Over the next nine years, as the investigation was repeatedly closed by one prosecutor only to be reopened by another, Sweden regularly indicated that it wanted to question Assange, but in practice showed little desire to do so or to bring the investigation to a conclusion. The main effect of the stop-go judicial proceedings was to keep the controversy over what Assange did in Stockholm in 2010 on the boil. The Swedish government finally replied to Melzer’s letter in November only to say that it had ‘no further observation to make’; the following day the investigation was formally closed.”

(For lack of time – they had 9 years! There was no substance.)

None of this is likely to change the way Assange is seen. In keeping with past experience, almost no mainstream news outlet paid any attention to Melzer’s questions about the conduct of the case. The world’s biggest newspapers, which had published the WikiLeaks disclosures on their front pages in 2010, distanced themselves from Assange very shortly afterwards, often declaring that he was a difficult person to deal with or was slapdash in his handling of the US government cables and reports. He was accused of being a ‘narcissist’, as if that were something more than a character flaw, or as if his character flaws – whatever they were – had any bearing on the information that had been revealed.

Given the gravity of the issues at stake, the silence of journalists about Assange’s detention in Belmarsh following Ecuador’s revoking of his asylum status is striking. Here was evidence of a radical shift in US security policy, towards the position taken by countries like Turkey and Egypt, which have sought to criminalise criticism of the state and to conflate the publication of news it doesn’t want the public to hear with terrorism or espionage. The creeping suppression of press freedom in Hungary and India is frequently criticised by the Western commentariat. But, as Glenn Greenwald has pointed out in the Intercept, Western media have ‘largely ignored what is, by far, the single greatest attack on press freedoms by the US government in the last decade at least: the prosecution and attempted extradition of Julian Assange for alleged crimes arising out of WikiLeaks’s … publication – in conjunction with the world’s largest newspapers – of the Iraq and Afghanistan war logs and US diplomatic cables’. They couldn’t jail the editor of the New York Times so they pursued Assange instead.”

The case of Julian throws a light on govt. corruption worldwide + as such, it’s very important that I include Freedom 4 Assange as part of my campaign in exposing corruption + save

Portland! Check out our playing cards. Spades are for the Motherfuckers, the Capitalists who fuck the earth. 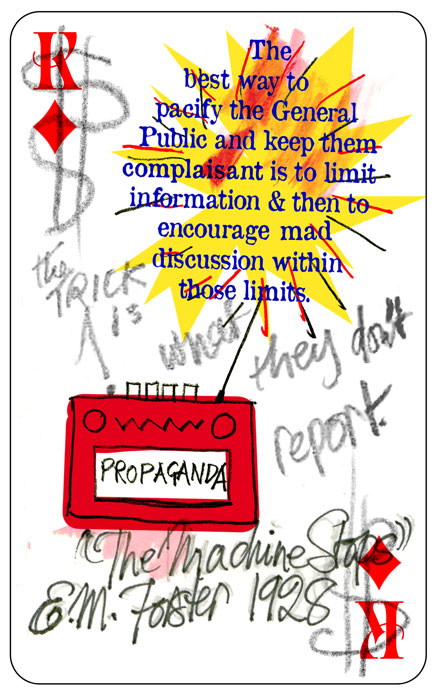 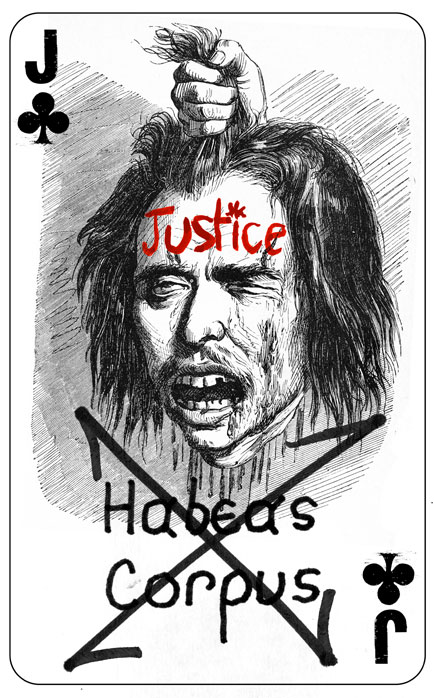 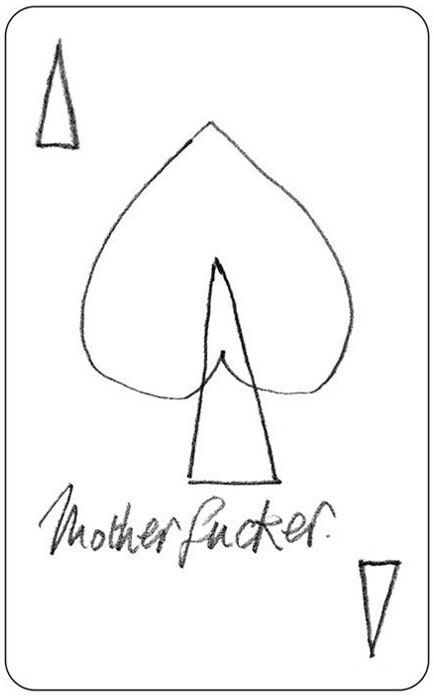