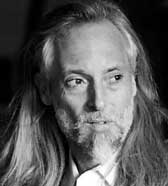 Legal permanent resident of the UK, Shaker Aamer has been imprisoned in Guantanamo Bay detention center now for 12 years.
He has never been given a trial or charged with any offence. In fact he has been cleared for release
twice – first under the Bush Administration in 2007 and then again by  no fewer than six federal agencies in 2009. This demonstrates that there is a complete absence of any facts to charge him on.  Notwithstanding this he is still there. Alone in a 6x8ft windowless cell, Shaker has been on several hunger strikes, campaigning for his & the other Guantanamo detainee’s release. He joined the present hunger strike, participated in by, at a conservative estimate 75% of the 166 detainees throughout 2013 & is only still alive because of forced feeding whereby a plastic tube is pushed through his nose into his stomach.
For some reason his release has been complicated by claims by the US that he should be released to Saudi Arabia, his country of birth which he left when he was 17 & which he does not want to return to as he would be forbidden from speaking in public, not be able to see his British wife & children & perhaps would end up in another jail.
Why??
This question has been raised by foreign secretary William Hague with the Americans & in Parliament in Britain by Battersea MP Jane Ellison but the reply has always been complicated by the excuse that this information is ‘classified’..
The answer really is actually very simple. Shaker was involved with charity work in Kabul at the time of the Afghan invasion in 2001. Picked up & sold to the Americans by the Afghan Northern Alliance, he was kept a prisoner at Bagram Air Force Base where he suffered nonstop torture (read more).

The point is that British MI5 & MI6 agents were illegally present at his torture (Britain holds to the Geneva Convention which prohibits torture) & most importantly Shaker was also witness to the torture of Ibn Shaikh al-Libi.  Ibn Shaikh al-Libi was then rendered to Egypt where after further torture he made the claim that Saddam Hussein was training Al Qaeda terrorists how to use chemical weapons, this being the vital confession used by President George W Bush & Secretary of State Colin Powell to justify war & which persuaded Tony Blair that Saddam had to be toppled.
So, Shaker is a witness to the illegal methods used by Britain & America to make the false premise which was then used as the reason for the Iraq war.
Whatever is on the surface of Shaker’s case, Britain & America have no intention of ever releasing Shaker. He knows too much.

Our job is to disseminate this information to you, the public. If the ‘secret’ is no longer a secret & enough people know then the reason to keep Shaker hidden away, ‘out of trouble’ is no longer valid & hopefully he can be released. Also the people privy to this ‘secret’ can be held accountable & then they can be locked up (but not tortured because we don’t do that).