Our friend Nick Dearden, director of Global Justice Now, has written an interesting and valuable guest blog for us explaining with great insight the inter-connection between runaway climate change and our political, economic and social realities. What makes the article worth reading is Nick’s assertion that politicians confuse the cause of runaway climate change with the solution. Thanks Nick, for your invaluable time and expertise! 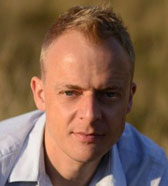 Climate revolution implies that a massive transformation of our political, social and economic model is needed in order to halt global warming. At the heart of this change is challenging the power of big business, because the rise of unregulated corporate power is closely connected to the rise in temperature.

Unfortunately, world leaders confuse the cause of runaway climate change with the solution. They claim that in order to solve economic and climate crises, we actually need to hand the market – or more accurately big business – more power over the environment and our lives. Combating this push is crucial for anyone who cares about the planet.

The first priority is a raft of trade agreements, which taken together represent the biggest corporate power grab in decades. There’s a deal between the US and EU (TTIP), between the EU and Canada (CETA) and between the US, Japan and other pacific countries (TPP). A further deal, between around 50 countries, focuses just on ‘services’ (TISA).

Despite the name, though, these deals have little to do with trade in goods like bananas, fridges, or cars. Their purpose is much grander: to re-write the rules of the global economy in favour of big business. Everything which prevents big business going where it likes, when it likes, is an ‘obstacle to trade’, and needs to be removed.

But what might be an ‘obstacle’ to big business, might also be an important piece of regulation protecting the climate, food standards, workers rights or a hundred other aspects of society we care about. So the so-called ‘regulatory harmonisation’ which is central to these agreements, is actually about forcing regulators to see the world as nothing more than a gigantic marketplace, and everything in it as simple commodities. The ‘right to profit’ trumps everything – including the climate.

For instance, it’s likely that these agreements will contain ‘energy chapters’ which aim to promote a free market in energy sources. In TTIP, we know the EU (acting on ‘our’ behalf) is pushing hard to make sure the US can’t stop fossil fuels entering European markets, as it can at the moment. If they succeed, shale gas and tar sands oil, not to mention conventional US oil, will pour into European markets, which in turn will increase the production of those fuels in the US. The higher cost of renewables will mean less customers, especially as national and local governments would be less able to prioritise such fuels under other chapters in the deal.

TISA is all about encouraging ‘trade in services’ – everything from finance and banking, through telecommunications to public services. TISA aims to lock in and ‘ratchet up’ liberalisation and privatisation of services. That means preventing governments from taking public services back into public ownership. Services run for profit are not only less likely to produce equal societies, but they are also less likely to produce sustainable towns and cities. They won’t run services or invest in energies where it doesn’t make ‘economic sense’. Creating low carbon futures necessitates planning and subsidies. A charter for privatisation like TISA will make this sort of support illegal.

As if to emphasise just how much of a corporate stitch-up these ‘trade’ deal are, at the centre of three of them is a special mechanism giving foreign corporations special access to the law. The so-called Investor State Dispute Settlement (ISDS) system allows foreign business to sue governments for taking regulatory action which the company believes has damaged its profits – even when such action was intended to protect people and the planet.

We know this because such systems are already in place in smaller bilateral treaties. They are being used to sue countries for putting cigarettes in plain packaging and regulating the price of water. But they’ve also been used, successfully, to prevent Canada removing damaging chemicals from petrol and to stop Hamburg increasing environmental protection at a power plant. In a sign of what’s coming our way, Canadian environmental regulation has been a particular target under ISDS mechanisms in NAFTA (the US-Canada-Mexico deal). It has  recently been successfully sued for stopping a mine project after advice from an environmental review and has a case pending because Quebec dared to place a moratorium on fracking.

So for environmental activists, stopping these corporate charters should be a major priority in the year ahead. The good news is that it’s possible to stop them. In the last week, Obama lost a critical vote in Congress which would have given him special powers to negotiate these deals without Congressional oversight. Meanwhile a vote was pulled in the European parliament after leaders of the party blocs feared they had lost control of their own parties on this issue.

Both votes will return, but this movement is building so rapidly it’s becoming impossible for politicians to ignore. Well over 2 million people have signed a petition to stop TTIP and CETA – that’s a record. Last week a group of artists and actors came out against the deal.

The power of big business threatens our public services, our food standards and our very democracy. As a result, they also threaten the fight against climate change. It’s time to halt and turn back the juggernaut.