Thanks to Vivienne’s generosity, so far this year at Farms not Factories…… 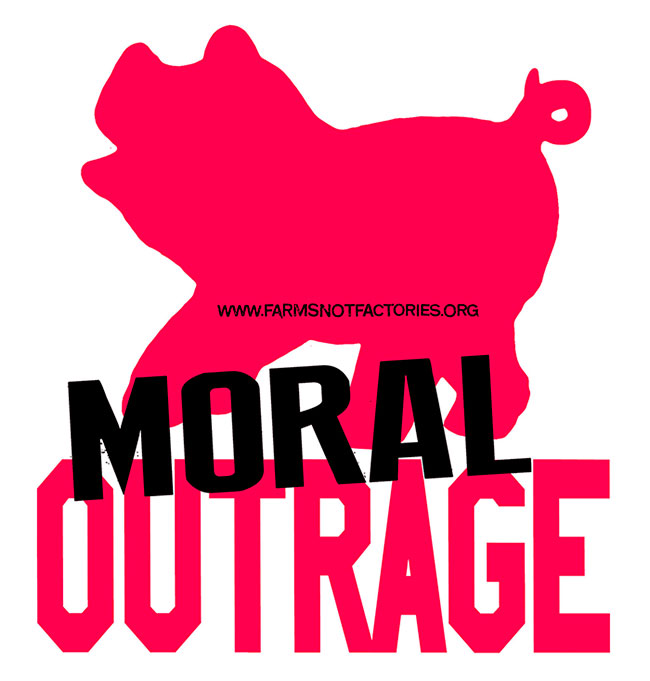 What does the future bring?

Our new project, Love Pigs focuses on changing parents’ shopping habits by showing just how much children love pigs. To do this, we’re asking passionate parents and children to submit their home videos, drawings or photos explaining why they love pigs and asking Mums to only buy pork from happy farms.
We’ll use these images to make a short film to encourage people to only buy meat from real farms or go meat-free.

We are co-producing a commercial with Quiet Storm, a creative agency and film production company headed by Trevor Robinson OBE. For no cost, they are making a short viral video showing the expressions of famous faces (so far including, Dominic West, Miranda Richardson and Jon Snow) reacting and commenting on horrendous factory farm footage.

Again for free, Clive Arrowsmith has photographed Vivienne and other celebrities holding a small pig. These assets will be used in a social and print media campaign coordinated by media consultants Agency Eleven for release at the end of October. Through Facebook and Twitter, we are building a loud social media presence.

On the back of the massive wave of social media which will be generated by the Quiet Storm famous face video, we will send out a series of short ‘vox pops’ videos we have made over the last year. We filmed the reaction of ordinary people to the true cost of cheap pork.