rld Must Have a Stop

taking ev with it, the climate + the biosphere.  The final breakdown will happen within the next 5

People can’t get their heads round capitalism

ev. believed in progress, growth + that the future was going 2 get more and more wonderful.   We were millenarians (when we reach the millennium we will be in paradise).

Had they tried 2 get their heads round

tax the poor + give it 2 the rich (trickle-down theory), then our future would be very different.

poverty, starvation, migration: no $, no food.

US, Russia, China, countries of Europe,

‘Temperature Rising!’  (In UK Priti Patel will ban peaceful protest adding 2 the mayhem.  Govts want mayhem [crime of maiming a person so as to render him partly or wholly defenceless (f.old french mahaym MAIM)], they want U 2 fight the police 4 yr personal rights, draw yr fire, distract U from the 1st underlying cause of all abuse which is the War God that we serve.  During the industrial revolution war became industrialized; our weapons R mass produced.  We call our economy the military industrial complex.   40 % of US budget goes 2 defence.  This statistic is easy to get yr head round: tax payers subsidises

economy based on war. War is not a necessity nor conducive 2 our well being;  our economy is used against us, against our best interest.  All industrial production is run on fossil fuels.  Arms production is cause of colossal waste of Earth resources + sold at a fraction of true cost 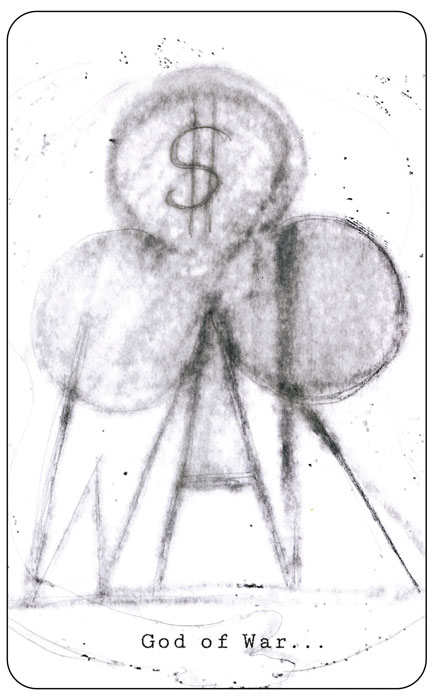 It blows up people + wrecks ev.

War + car production is the biggest polluter in

monster market.  ‘Do not buy a car. Do not buy a bomb’.  (Do without a car will change yr way of life

We need 2).
Car production is a major polluter.  Capitalists R telling U 2 buy  an electric car 2 save environment. They think we R lemmings. Let’s be clear, U + I can’t stop war just like that but we can stop arms production + halt cc + financial Cra$h.  War production is the biggest polluter, but car production is as bad; so, if U do not buy a car U also halt cc.  Put a spanner in the monster machine.

Read the manifesto.  Follow me on climate revolution we R working with CAAT.