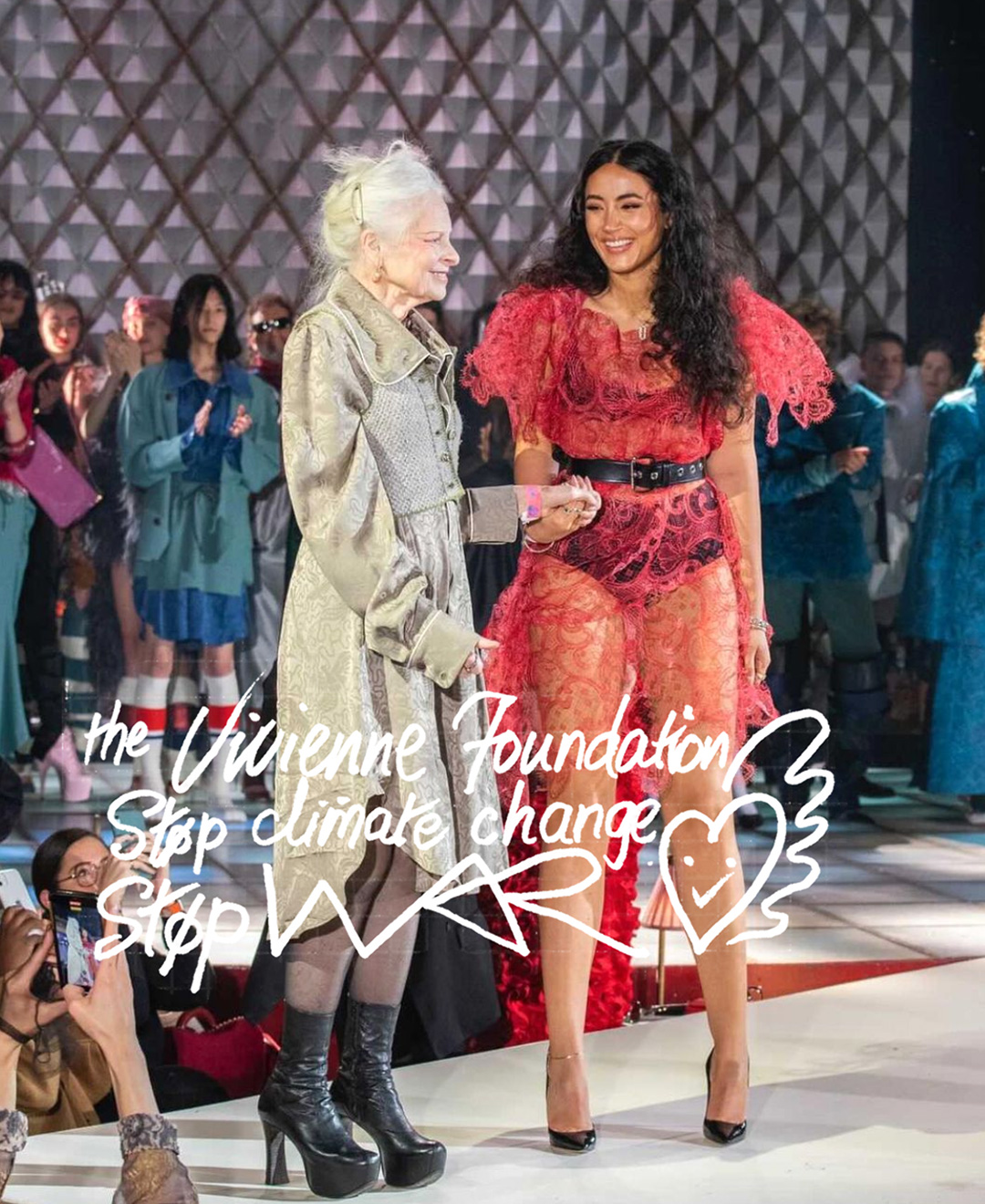 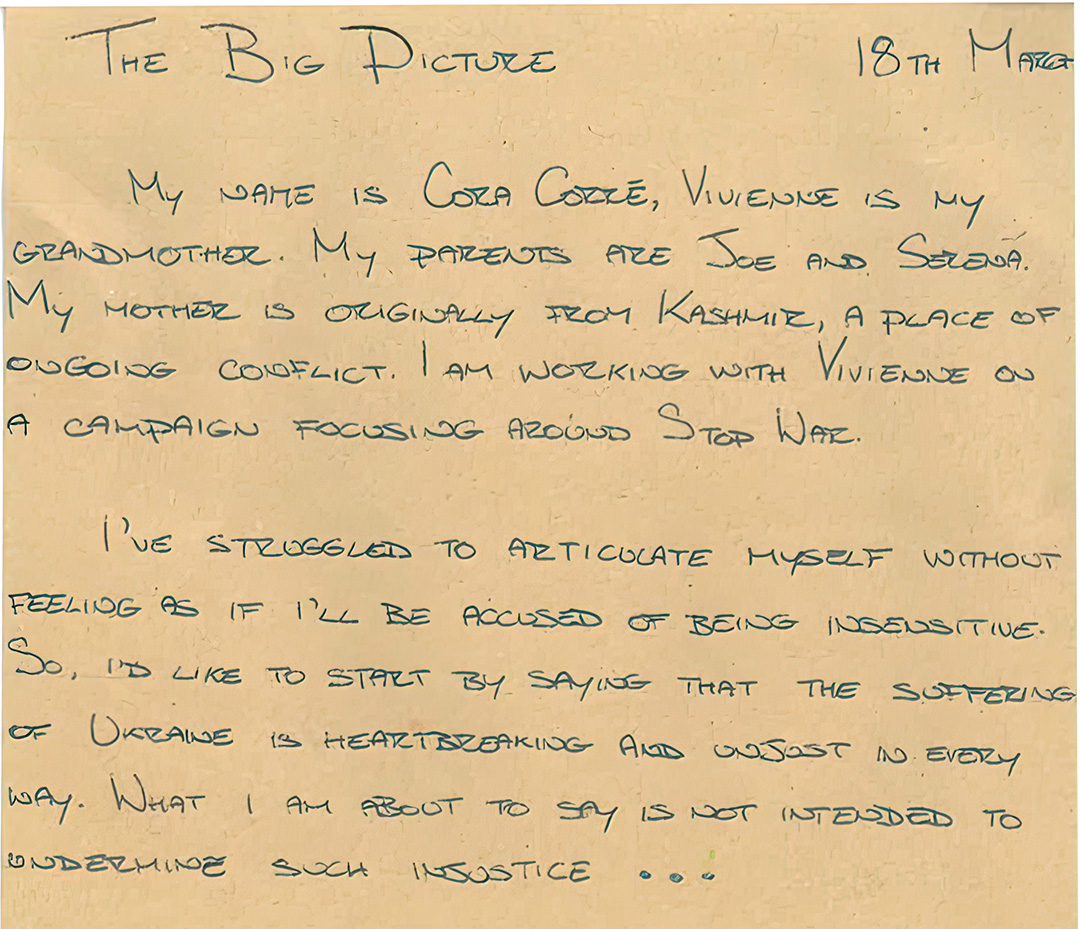 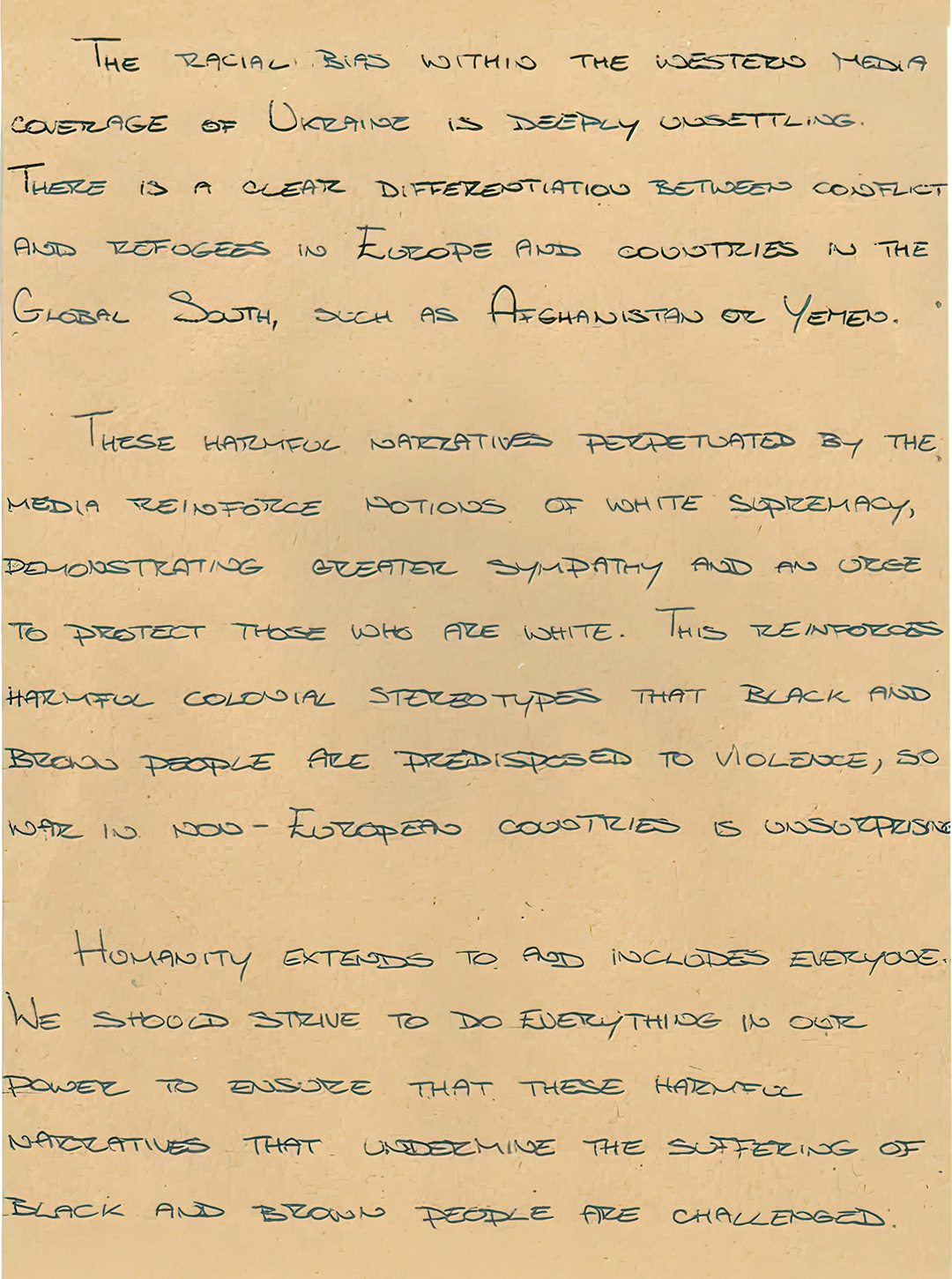 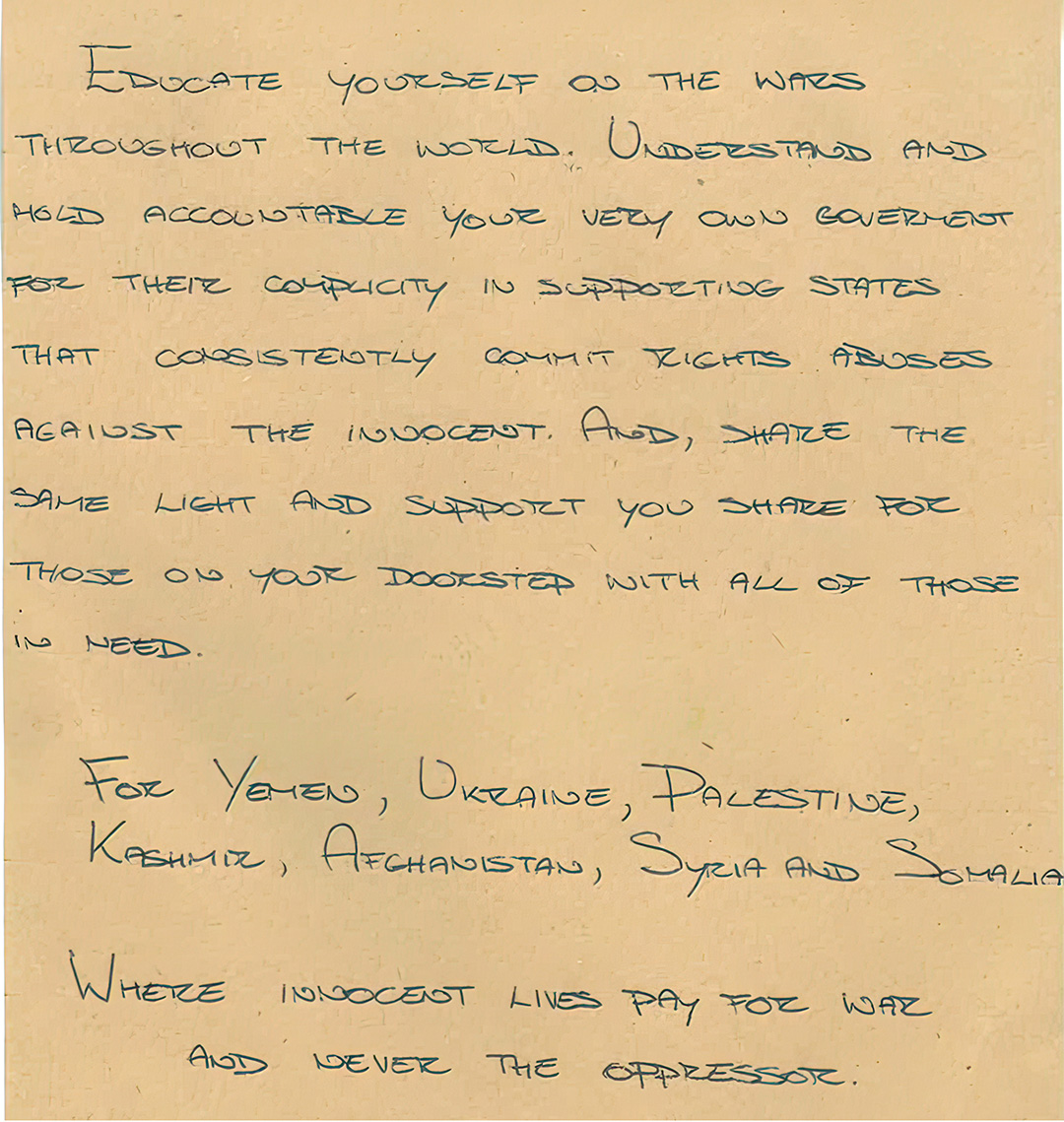 My name is Cora Corré, Vivienne is my Grandmother. My parents are Joe and Serena. My mother is originally from Kashmir, a place of ongoing conflict. I am working with Vivienne on a campaign focusing around Stop War.

I’ve struggled to articulate myself without feeling as if I’ll be accused of being insensitive. So, I’d like to start by saying that the suffering of Ukraine is heartbreaking and unjust in every way. What I am about to say is not intended to undermine such injustice…

The racial bias within the Western media coverage of Ukraine is deeply unsettling. There is a clear differentiation between conflict and refugees in Europe and countries in the Global South, such as Afghanistan or Yemen.

These harmful narratives perpetuated by the media reinforce notions of white supremacy, demonstrating greater sympathy and an urge to protect those who are white. This reinforces harmful colonial stereotypes that black and brown people are predisposed to violence, so war in non-European countries is unsurprising.

Humanity extends to and includes everyone. We should strive to do everything in our power to ensure that these harmful narratives that undermine the suffering of black and brown people are challenged.

Educate yourself on the wars throughout the world. Understand and hold accountable your very own government for their complicity in supporting states that consistently commit rights abuses against the innocent. And, share the same light and support you share for those on your doorstep with all of those in need.

Where innocent lives pay for war and never the oppressor.