I do intend to explain what capitalism is and demolish all objections by the pro-capitalists. Here is an example from my next blog…

… I gave him a leaflet and he said, “But what do you mean by capitalism? There are different levels.” It’s true that this needs explanation. If you read my leaflet then it’s clear that monopoly ends in capitalism. Big fish eat little fish. Big fish control the markets to force small firms out of business. (There is a good example of this in “The Grapes of Wrath” by Steinbeck when the canning  companies sell their fresh fruit at a loss and bankrupt the small farmers). In the past there were laws to prevent take-overs but in recent centuries the laws have been ignored and withdrawn. Business with proper control is good for the economy; that is not capitalism. Joe’s shop is not capitalism, nor our business. We offer genuine choice.

Everyone is talking about the end of capitalism together with how we transfer to a post-carbon economy. The answer is simple: what’s good for the planet is good for people.

I wish to quickly explain how capitalism runs the world. Give you a perspective. If you hold onto this perspective then you can work everything out for yourself, even down to the detail. Know what you should do. Everything is connected.

I’ve written everything down because I want to get it right. One step at a time.

Central Banks: We have to start with the central banks which control the world’s economy. They do this by creating debt. (It’s actually a global Ponzi scheme).
The central banks are private banks. The US Federal Bank is one; they are organized by the Bank for International Settlement (BIS) in Zurich.
These central banks print money. Today they do this by pressing buttons. They create virtual money out of nothing.
This money is loaned to other banks, monopolies and governments. It has now become a debt.
The central banks prefer it if the loans are never paid because what they want is the interest – which accumulates out of all proportion to reality.
This means they always have fantastic amounts of money to lend and they don’t have to print virtual money except in an emergency.
It also means that the central banks come to own everything – because they own the debt. How often have we heard of a poor country selling its assets and natural resources just to keep up with the interest payments on the debt it has been forced to borrow?

Monopolies: The monopolies work this system for the central banks. The monopolies do the actual job of wrecking the planet and exploiting its people (cheap labour). They suck up small businesses.

Capitalism: This economic system is called capitalism. Capitalism began 200 years ago and is now global. It is coming to an end. It is not possible to continue indefinitely using up the world’s resources. Capitalism is run on fossil fuels – which are more difficult to get and running out. You can’t have capitalism without fossil fuels. It began with coal and ends with oil and gas.

Environment: The conventional supplies of fossil fuels which are easily accessible have all been discovered. They are finite. Science tells us that we must leave 80% in the ground. Otherwise, runaway climate change is inevitable. 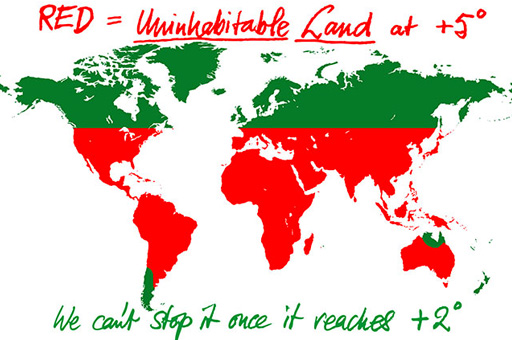 We are in a trap: we can’t suddenly stop using these fuels but we must phase them out, as soon as possible, in exchange for sustainable energy.

Sustainable energy: Sustainable energy is cheap and infinite. It will be a base for a different economy, a fair economy founded on true human values. We will develop the world we want.
Don’t forget that capitalism is a war economy: it profits from war. Its aim is to own everything.
We would prefer cooperation and community. Capitalists prefer competition and death.

Governments: Governments serve the central banks and the monopolies. Together they form a triad. This triad is desperate to hold onto capitalism. They have resorted to extreme measures, e.g. fracking.
Now that capitalism is ending, the fact that it is a Ponzi scheme is more clearly exposed. Governments help the central banks to conceal this by imposing austerity; pretending that we can control the debt.
The debt accumulates and it can never be paid back. A child unborn already owes an enormous IOU. Debt is simply a promise to pay in the future. Austerity is a proof of government contempt for people. They will suffer: we will continue.
Meanwhile the central banks are showing their hand by printing emergency money. They bailed out the commercial banks to keep the system going. They might as well print more virtual money and tell governments to stop the austerity. It won’t make any difference. If capitalism continues, it will crash. The dollars will be useless. All money will be useless.

Democracy: Governments do not care about people. They care only for their own power and that lies within the triad. In England this applies to all the main parties. There is nothing to choose between them. There’s no point in voting for any of them. That’s why I say there is no chance of immediate democracy in England. Old people vote from habit. Young people: we have to build the minority parties. The Green Party has a sane and practical agenda.

Demonstrate: Time is running out. Come out and be counted. Numbers = People Power. We want a government that’s on our side. We must oppose present governments to get the government we want.