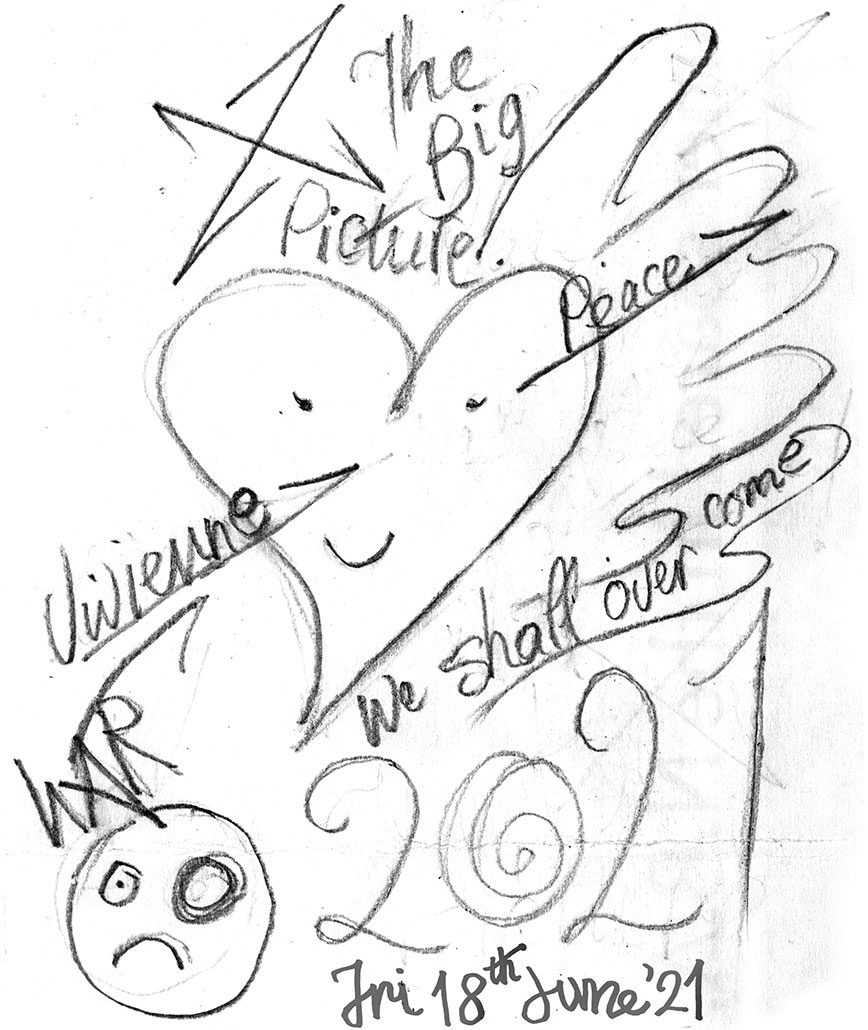 This artwork is called ‘Trapped’.  Hearts and minds trapped inside your own body, 3 Kardashians sisters surrounded by the Taoist poem of TS Eliot (I wrote on flattened leaves of leeks, miniature bananas spell Trapped). I have received news that Kim Kardashian is now Woke 1 Degree

Our friend Yasmine had rented a little house on a hillside overlooking the sea on the Greek island of Tinos, Andreas and I spent our holiday with her. We went to dinner each night with her French friends who’d all rented flats for the season. We went for a couple of weeks, I even did one of my speeches there.

Olivier (from Purple Magazine) talked to me, his 11-year-old daughter was there with her copain each on their telephones throughout. “This generation don’t confront each other, she has very strong opinions but when I challenge her she doesn’t want to know. They don’t want lasting relationships. Young people don’t want to marry, they want a four-year thing and then somebody else.”

The socioeconomic system is built on the idea that people have children. People usually don’t enjoy their career, they live for their children, how often do we hear: ‘I work hard so that my children can have a better life than I had’.

Why am I the only person with a plan to save

I’ve always been a freedom fighter, Jesus on the cross, religious until I was 22. Sticking up for kids I felt sorry for, wanted to be a hero. Wore my gabardine raincoat like a cloak slung over my shoulders, fastened at the neck with the top button. Wanted to make

a better place, campaigned for human rights. Teachers liked me.

I’m a born teacher and I think education today is rubbish because it’s conducted under what my friend Gary called, the negative theory of education. We are all born equal so anyone can just be what they want: formal education is a restriction. U don’t need the past. Don’t copy. Be creative.

The 20th century believed in progress that

would automatically get better and better, everyone that technology would mean we could all have loads of leisure, do our thing and leave it all up to the machine. Now we were all equal, we could all have 2 cars and upward mobility. It was the age of the iconoclast – throwaway the past.

When I was a punk I always hated that song by Pink Floyd: “We don’t need no education, we don’t need no thought control, no dark sarcasm in the classroom, teacher leave them kids alone! All in all you’re just another brick in the wall.”

Very punk! We need education. The 20th century believed: be an artist, be a brain surgeon, be whatever you want. You can’t ever be anything. No! You get out what you put in.

We moved to London when I was 17, I went to Harrow art school for a term. I left because I would have liked to have become an artist, but I was too working class, I thought I’ll never make money being an artist. I was so unworldly. I took a job in Kodak’s factory.

After a year in the factory, I took a teacher training course at St Gabriel’s College, Camberwell with art as my main subject. I thought at that stage, well if I can’t become an artist, I can always become a teacher. That’s where I met my beautiful friend, Susan who was taking history. I was so impressed by her thesis, it involved research into the Parish records in a little church in Islington. She was also an art lover and introduced me to the theatre.  I became a teacher.

My first job was in an infant school teaching 7 year olds. I love teaching infants. They can play at dressing up or weighing sand, measuring water. You can sit there and take little groups out and educate them. My favourite time teaching infants was telling or reading stories, we all sat round together in a little circle.

It’s very very important to mention that classes are far too large, and teaching is a problem once you move into junior school. You don’t have time to hear children read. Classes should be no more than 10 and in that way, even if the teacher is a bad teacher, you can learn and get to know each other.

Reading is the most important thing because it’s self-teaching, and self-teaching is the most important way to learn. Knowledge is something you know for yourself, nobody can give it to you. But children in large classes need discipline and that’s what’s wrong with modern education. A child needs to go through a tunnel and come out the other side. They have to be made to go through the tunnel and then, the sense of achievement when they come out the other side means they will do it by themselves and self-educate.

The most important thing is to learn another language, we are Homo Loquax: our world is a verbal construct

all our ideas are in language. My greatest treasure is my dictionary where it’s so important to look at the etymology to understand the true meaning of a word.

Socio-economic.
Growth is a fiction. Growth is used as the measure to say the economy is improving. The economy isn’t improving, it’s just a question of mounting debt for investors to play with and waste for the rest of us to deal with. True economy is circulation of money so we can buy commodities and services.  This is humane and in harmony with the planet.

So, if you want to create jobs, why don’t we just create more teachers, nurses and doctors. This is

Gen Z, you have been indoctrinated by the negative theory of education. You’re still the ‘me’ generation. Your hearts and minds are trapped in your bodies. Everything comes from me and that’s all U have to talk about. Would you be able to discover what I discovered? My education has been self-discipline, curiosity and confrontation.

Further to my analysis, govts reaction to protest has given me the wisdom to be able to use everything that comes to me, and what is waiting for me now is the social media. This is a new world, we will protest, we do not need to protest on the street and get shot, we can protest safely online and we will achieve NO MANS LAND 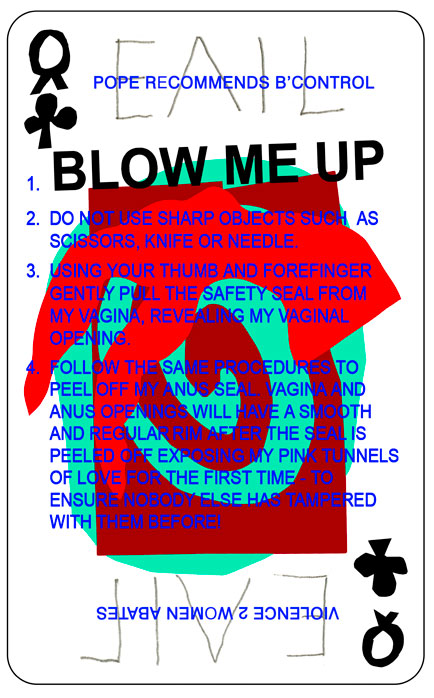